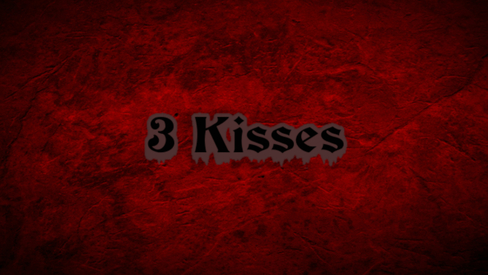 Alaskan grown, energetic front woman Tish Meeks and her hard-hitting band 3 Kisses have performed in front of more than a thousand live audiences with crowds of up to 35,000 people, wrenching out their crisp, thought provoking, and well-written pop-punk/hard rock style of music.  Strong, gritty, with a tone that is tailor-made for the rock industry, 3 Kisses is the next big thing.

3 Kisses is coming up on their 4th studio album release in Alaska, “Angels Bleed Black” – a brazen collection of ten high-energy tunes, bringing them back to their hard rock roots.  Drew Owens shreds with impeccable guitar and bass skills, both of which he wrote and tracked for the album.  Dale Payne’s hard hitting drum lines deliver a smack to the face as he provides the album’s precision point rhythm.  Powerful front woman, Tish Meeks, deliver’s the bands intelligent lyrics and tantalizing melodies that have become her signature trademark.

Encompassing the party punk anthem and a standard for any 3 Kisses show, “Lovesick Ending” possesses the hooky, sing-a-long qualities that the band is known for.  Chart topper? Probably, evidenced by the energy of the crowd in the video for this track, “Lovesick Ending” is sure to be worthy of any musical charts.  Reminding you that 3 Kisses band members have hard rock roots, “Shot Down 1000 Chances” is a pure hard rock explosion that will certainly get your blood pumping, fists pumping, and legs jumping.  Speaking of backgrounds, Owens’ metal background shines in many of these tunes and the collaboration with Meeks magically ignites the diversity of the two writers, creating a perfect union.  There is nothing better than a band that surprises you at every turn with a new batch of tunes, shocking your ear holes with how much better they are than the last.

3 Kisses’ hard work has enjoyed them much success licensing songs to entities such as Lifetime, Mattel, Nickelodeon, HGTV, the Food Network, and video games such as Sonic Boom and Plants vs. Zombies Garden Warfare.  “Lethal Love Addiction” was featured in the independent film, “Crazy Bitches” and the track “Save Me” was featured in the Lifetime original movie, “The Hazing Secret.”

3 Kisses has been described as “spectacularly fun,” and “incredibly savvy” by Indiemusic.com.

Be excited for the musical metamorphosis of “Angels Bleed Black” that has paved the way for a bolder, fiercer 3 Kisses.  The band embarks on a national tour in the Spring/Summer of 2017.

What people are saying about 3 Kisses:

“Tish is a great performer! The band laid it down and the crowd loved it – fun, nasty and driving! Tish has it down – and the crowd response proves it…only band to get the crowd moshing! –Jeff Castelaz, Dangerbird Records

“Great hooks constitutes, great songs coupled with such charismatic energy,3 Kisses got it going on big time!!!! It's just a matter of time and we all will be singing your songs around the world.” Thomas “Mr. Brickhouse” McClary

“3 Kisses is fronted by the kinetic Tish Meeks who no guitar, mic stand or stage can contain. [The band] wasted no time winning the crowd over to their infectious songs and spontaneous performance.” - Martin Folkman, INDEPENDENT MUSIC AWARDS

“3 Kisses completely own the audience with their punkish 'cuddle-angst'. Their songs are based on fun and intelligent mock anger--pierced tongue in cheek anthems to annoyance that everyone in the audience can relate to and smile about." - Dan Workman, SUGARHILL STUDIOS

"An exhilarating mix of pop tunes that keep you wanting more. Front woman Tish Meeks has a way of grabbing your attention and not letting it go." - Madalyn Sklar, founder of GOGIRLSMUSIC.com