3 Parts Dead plays rock n' roll with all the subtlety of an atomic bomb. Their brand of fast driving hard drinking rock pummels the senses, taking you on a ride you won't soon forget. And no, they're not going to call you the next day.Born from the ashes of Pretty Little Suicide, 3PD has hit the ground running. In the 3 years as PLS, they've shared the stage with some of the biggest names in rock (Motley Crue, Hinder, Slash, to name a few), played world famous festivals like Rocklahoma and Rock N America, receives worldwide fm and internet radio play, and been featured in international publications like Classic Rock Magazine. Despite this success, the band was plagued since day one with lineup changes. As the lineup evolved, so did the music, and in 2013 with new faces and a new heavier sound, they settled on a new name

And as 3 Parts Dead, they sound better than ever. The snarling melodies of singer/guitarist Mike Patton are positively dripping with attiude, matched by the raunchy playing of lead guitarist Mike "Fitz" Fitzback. That already toxic combination is held together by the earth shaking riffing of bassist JC, and the thunderously hard hitting Ramon Miquilena behind the kit. The overall effect manages to be heavy yet melodic, screaming at you to sing along even as it smashes into your face

Rejuvenated by the fresh start, 3PD is starting things off with a bang. New music is available internationally beginning April 2013, kicked off with a release party at Boston's legendary Middle East nightclub, and plans are already in the works to take the show on the road. Which is good, because the best way to experience 3 Parts Dead is live. You might regret it the next morning, but you're guaranteed to love it at the time. 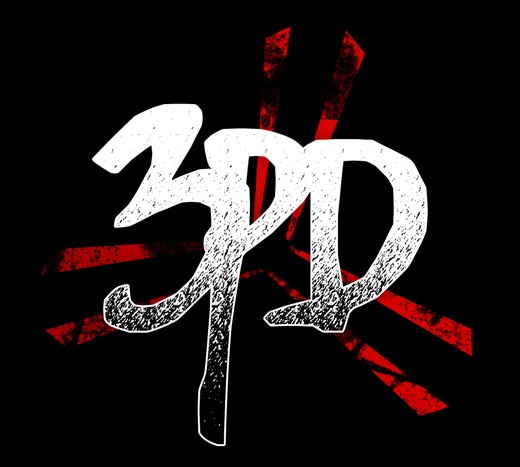