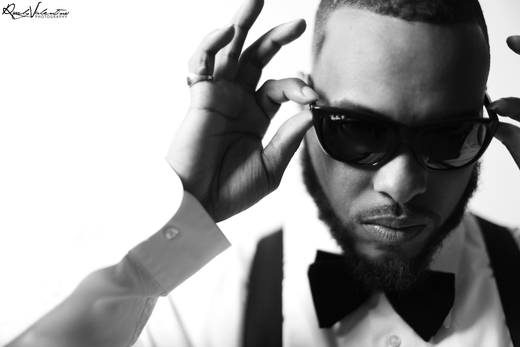 7Pm is a well known hustler from his neighborhood that survived his streets to be the Man he is today. He is the voice of those very streets expressed at its highest level of artistry & charisma with edge that can only be supplied by his environment. Neverless, He created his own destiny to become the leader of "The NetWorks", Ruler of Rhythms, The President of Primetime. Thus you have 7Pm. During his blossoming career he has garnered many nicknames.There are two that notably he has taken notably to his persona those names are "The Fresh Heir" & the other is "The Heir up There" is because even when you listen to him enforce his demeanor in song - thats the energy he brings, as if he's that new breath of "Fresh air" to Hip Hop thats also come to take its Crown & take artistry to another level (The "Heir" up THERE). 7Pm's "Get Fresh" produced by M3 INT producer TriggBeats has been played in Parts of England, Houston, Philly, Memphis, and on a host of Internet stations & local Chicago radio stations. His video for his mixtape track "The INTroduction" has swept all in its path off its feet. It's caught the attention of countless blogsites & has been profiled on many Music Video websites such as MyCityMyDream.com ("The INTroduction" video is 12th All-Time in views),ItsPrettyDope.com, EliteMusik.com, Headliner.Fm & many more (Too many to name). He is one of Chicago's favorite sons as a lot of local media outlets consistently interview &/or just follow him around just to see whats going on with "The Network" - He's been on Urban Grind TV at least five times alone this year & a go to guy for a lot of DJ's in this business. 7Pm's intellect coupled with his overwhelmingly warm personality makes him someone that anyone can INTerview or INTeract with. 7Pm has only put out one mixtape by himself, but has been featured on many - such as The Chicago Trafficking Authority mixtape (Block Club DJ's), Guerrilla Island Vol. 3 & multiple times on Guerrilla Island Vol. 4. The "Fresh Heir" has also been featured on his Independent labels compilation mixtapes (CHItunes Vol. 1 & 2). Those who have seen him perform have deemed him "Mr. Primetime" not only because its a variation of his name but also to compliment how he seems rise to the occasion the bigger the venue. 7Pm has shared the stage with the likes of Twista, N.O.R.E, Beanie Sigel, & King L. The list of places he's performed without industry acts are far & wide. He's rocked some of the bigger venues in Chicago & Indiana such as he Congress Theatre,The Cubby Bear North, The Shrine (Chicago), Adrianna's, & even the now defunct Regal Theater - & many more popular (but not as big) clubs such as The Dark Room, Subterrean, Exodus 1 & 2, Revalations, Reggies Rock Club, Cafe Lura, The CheckerBoard, & a plethora of other clubs. He's also headlined a few concerts at the Local colleges (Kennedy King College & University of Illinois at Chicago). Any way you twist it 7Pm is a force to be reckoned with in Entertainment & the culture of Hip Hop - Thanks for tuning in, he'll only get bigger & better.