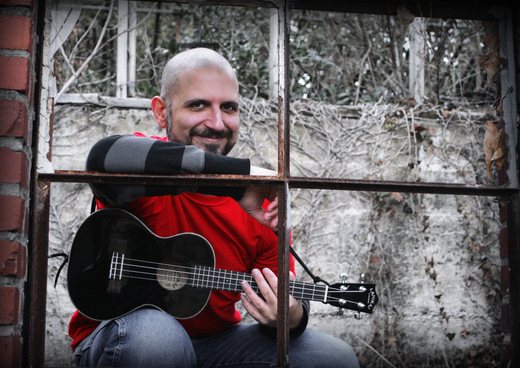 Born and raised on Long Island, NY, Charlie Katt is a self-taught, multi-instrumental musician, songwriter and vocalist. Surrounded by the diverse musical genres of Long Island, Charlie fueled his continuing desire to express himself through his distinctive lyrics and musical rhythm.

At age 15, Charlie discovered his passion for music by writing his first love song to his girlfriend. Gaining confidence by playing and singing at church, Charlie was

considered a favorite at all local coffee houses on Long Island. His leadership skills developed as he led the music teams of numerous churches. Listening to contemporary Christian artists like Michael W. Smith and Steven Curtis Chapman influenced Charlie’s style which then progressed into rock classics like Billy Joel & Elton John. Relocating to Tennessee brought him closer to pursuing his unique musical passion. Charlie now serves on the Board of Directors for the Knoxville Songwriters Association.

Successful as an outstanding entertainer, Charlie has the amazing ability to mesmerize those who hear his exciting and refreshing music. His uniquely constructed songs reflect true emotions and pull the listener into every word whether accompanied on the piano, ukulele, or guitar. Audience favorites include “Addie May” written for his baby cousin and “The Music Doesn’t Judge Me” which awarded Charlie the Grand Prize at the 2014 Smoky Mountains Songwriters Festival (SMSWF) in Gatlinburg, Tennessee. Outstanding drama is felt in “My Name is Lucas” as it creates a story of missed connections, wishful love, and real-world circumstances. A true professional in every sense of the word, Charlie’s finest dreams are yet to come!