After first hearing the new and creative techniques of percussive guitar, Cobrette Bardole knew immediately that he had found his musical home. Artists like Andy Mckee and Antoine Dufour quickly influenced Cobrette’s freshman instrumental release, titled the “Everything, In Time - EP”. Tracks “City of Lights” and “Discovery” instantly became fan favorites and lit the path to many performances at ball parks, college radio stations, Hard Rock Cafés, and are continuing to illuminate new possibilities.

"The music of Cobrette Bardole denotes a player with heart and soul, and plenty to say - though happy to let his guitar do the talking" - Leicester Bangs

The journey to becoming an acoustic player and songwriter started when Cobrette was a young boy and became emotionally attached to music. Struggling with a rough upbringing, music was often the only source of calmness and emotional expression. Eventually Cobrette would discover the guitar from his cousin who would often play when visiting and he instantly fell in love with the instrument.

Cobrette continued to play guitar all through his school days and found percussive artist Andy Mckee in his freshman year of college. This inspired Cobrette to start writing his own original songs in the style of percussive acoustic guitar and soon led to local show bookings at college events and coffee shops. A few months later Cobrette self-recorded and self-produced his first release, the “Everything, In Time - EP”.

Recently Cobrette has made the move to Memphis, TN and started tracking for his first full-length album. The album’s first single, “Fibers”, is planned for release on March 23rd and showcases Cobrette’s voice for the first time over his rhythmically complex percussive guitar skills. 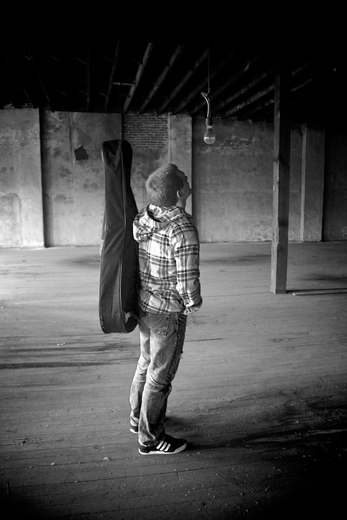