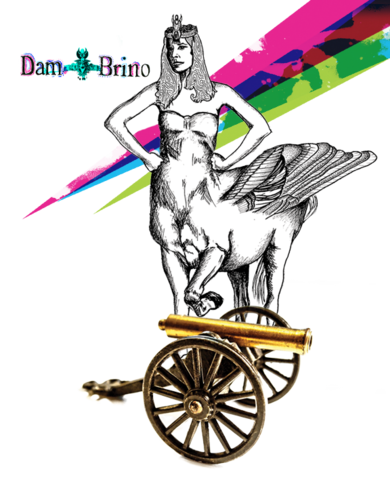 At the apex of whatever, her majesty was known as "Truck Driver." Or..."The Royal Lush," respectfully. She has since acquired the nicknames Edith Soccer Shoes, Hurricane Dambrino, and also Pickle Nose was given to her in the third grade due to her vehement flaring of the nostrils. This, perhaps, is not as cool as one roomy's prison nickname - Gangsta Bitch Barbie. Or her Rockette roomy at Miss Ame...rica nickname "legs.

Once she sang in front of Oprah Winfrey. Also, she received a thank you letter from Stephen Sondheim - just for "Being Alive." She's even frantically danced in a Speedo on national television (whilst chewing remnants of cookie). She's never changed a diaper, though

Google her. It tickles

When she was young, she asked Santa for a metal detector, a mummy, samurai sword, yellow power ranger costume, and a life size Jesus. She now has those things. But it took a long hard runway to get them

The ethereal, brooding, manically emotive, visceral influences that imbue her musical complexities are

Being influenced, Not being under the influence, and accepting that you aren't as influential as you think