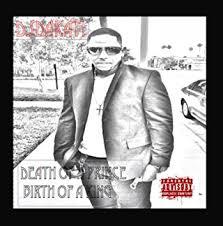 The next generation to carry the torch from the westcoast D.s.Dakati a.k.a Danxsmoke has a long independent track record of self released material for music lovers of all backgrounds.With a big online movement fans of old and young have followed his music and now is working to further his education at the los angeles film school to become a recording engineer learned his craft from his mentor ray"tangaray"mccoy from songwriting to producing ray molded d.s to create music from life experiences to party music and to always reinvent your sound