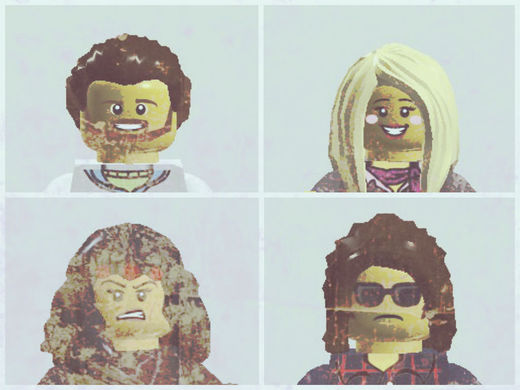 About Enemy Of Engines

Jed here; EOE has asked me to take over their social media so they can focus on what they do best--making music!

In the near future, I'll be setting up their Facebook page and their Youtube channel--so stay tuned!

For all you newcomers reading this, you may be asking the question: Who are Enemy Of Engimes?

The answer will surprise you, cuz not even they know!

Here's the story as it was told to me: Four people met through random links online about 8 years ago. They all loved making music, but for one reason or another, could not function playing in a band. It seems that all the members of EOE (two girls, two guys) are painfully shy!

The band has never met one another, let alone played together. When I heard that, it totally blew my mind! I wondered how they could pull it off--but pull it off they did, and the results sound awesome.

Right off the bat, you'll notice a lack of vocals in their songs. It's not because they can't sing, cuz we know they can, but rather because they prefer to compose music. EOE has never professed to being a singer/songwriter collaboration. They started as an experiment--and here they are.

So give Enemy Of Engines a listen. Follow along once the social media is up and running, and I'll try to fill you all in as we go along!