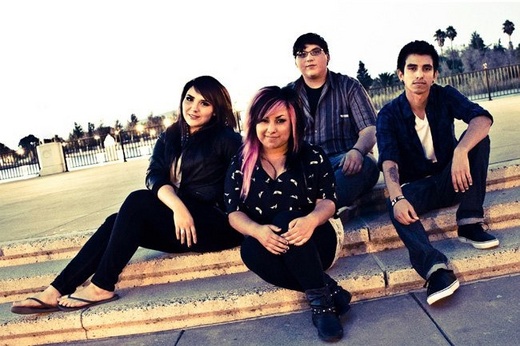 Ethos : is a Greek word meaning "character" that is used to describe the guiding beliefs or ideals that characterize a community, nation, or ideology. The Greeks also used this word to refer to the power of music to influence its hearer's emotions, behaviors, and even morals. Early Greek stories of Orpheus exhibit this idea in a compelling way. The word's use in rhetoric is closely based on the Greek terminology used by Aristotle in his concept of the three artistic proofs.ethos is :

We met around 2006 by going to a local church youth group called Impact. Us being the music freaks we are, naturally were drawn to play in the "youth band”. We were all very new to a spotlights, stages, and speaking in public. Our playing skill, confidence in who we are as artists, and friendship grew so much stronger. After about a year of playing together a solid three times a week we had a fallout. We wont get into detail but trust me, you could cut the tension with a knife. Through this rough time we continued our playing alone for the most part. Though we didn’t get along we were all still a couple of kids looking for a more “serious” band, so we started searching for more “serious” band members! Its funny how small this town is. Its even funnier how big God is. After two and a half years of silence, a mutual friend of ours set up a blind audition for our new band. As stubborn as we were, we could not count that as coincidence. Long story short, through forgiveness, and a couple AMAZING jam sessions… we decided this was meant to be. and then Ethos was formed. the end.