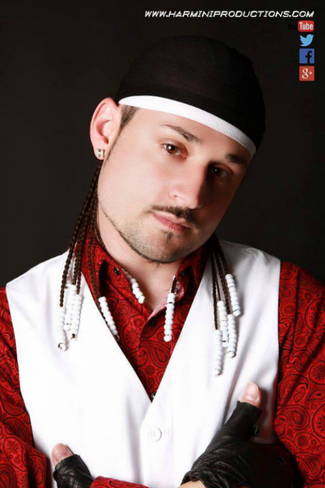 Harmini, is an American rap artist who was born and raised in Elmira, NY. His presence in the music industry continues to grow and is being portrayed in a positive light. In the first 4 years of his solo career he went from performing in front of 15-30 people in the USA, to arenas of over 5,000+. This year in 2015, he broke a new record in his career performing in front of nearly 10,000 people and continues to push the limits. Harmini is a storyteller lyricist with a unique gift in music, and his distinct sound has placed himself in a credible lane all on his own. His work has been featured on platforms such as ABC news, CBS news, KSLA Channel 12, WENY-TV, Dallas morning news, This Is 50, Rapzilla, Jam The Hype, Parables Network, international Television, and Much More! Harmini is definitely an artist we will see doing major things in the near future.