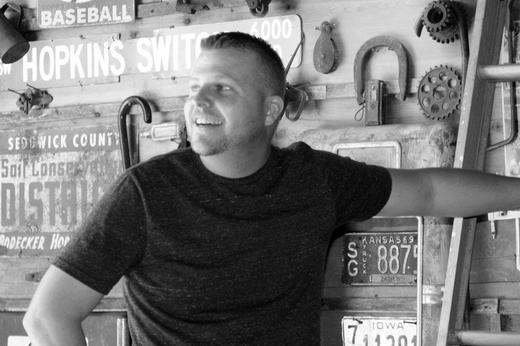 Growing up in in a small farming community in central Kansas, Jade Hopkins was always surrounded by music, influenced by his father, a member of a national touring country group, with the backdrop of rural America serving as an inspiration of many of his original songs, Jade wrote his first song at the age of 7 and continues to put pen to paper almost daily. After Playing in many local bands in Wichita KS, Jade moved to Nashville TN, where he had the opportunity to meet and work with many successful and talented musicians and songwriters, spending many days and nights networking at famous places such as The Fiddle & Steel as well as the Bluebird Cafe. After settling back down in Kansas and starting a family and a business Jade put his guitar away for a while but it wasn't long before he was feeling the pull to again share his music! Jade Has opened shows for Little Big Town and played at events that also featured artists such as Eric Church and Jo Dee Messina. If you like honest hometown music with a little rural/rock thrown in for fun be sure to check out Jade Hopkins!