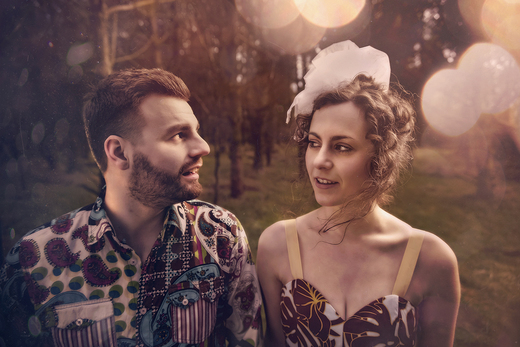 KAZE are a “vibrant, future-facing” band from Manchester. Formed by Graham McCusker and Amy Webber in February 2016 - shortly after Graham, originally from Paisley, was diagnosed with Leukaemia.

During Graham’s 4 months of Chemotherapy, they wrote 17 songs and continued to write after he had finished treatment. Some of their main influences are Fleetwood Mac, The Beatles, and Steely Dan. They teamed up with friends from the RNCM - where they studied - to form a band and, shortly after, decided on the name KAZE, meaning ‘wind’ in Japanese - we’ll let you decide why…

In October 2016, after successfully Crowdfunding £3,622, they traveled down to Kent to record their first EP, No Filter. The full line-up is; Amy on vocals, Graham on vocals/keys, Thomas Fripp on guitar, Dan Peate on bass and Jonathan Needham on drums. It was produced by Colin Towns (Ivor Novello songwriting judge/BAFTA nominated composer) and engineered by Toby Wood (Lord Of The Rings/associate EMMY Award winner).

KAZE worked with Adriano Buffone (Kubb/Avicii/Jessie Ware) in January 2017 to mix their EP and it was released on 10 March with a sold out gig at The Castle Hotel, Manchester.

Pinned On You, their single from the EP, has been played twice by Tom Robinson on BBC 6 Music and twice by Jim Gellatly (John Peel Award for Radio) on Amazing Radio. Liverpool music blog, Ralph’s Life, picked it as their track of the day on 28 February and on 3 April, KAZE were selected as ‘Artist of the week’ by the Richer Sounds music blog, Richer Unsigned.