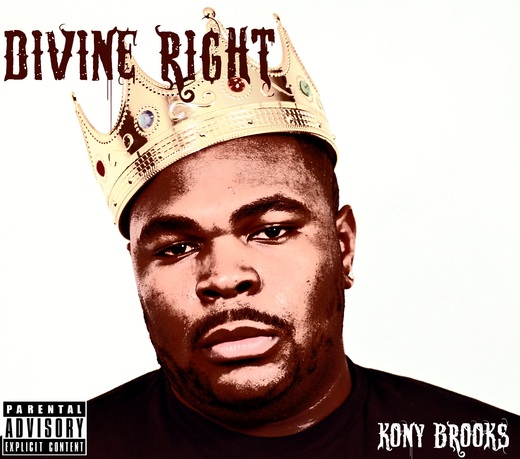 Born in the 90's and raised straight from Southern Blvd. in th
Bronx, a young multi-talented artist who goes by the name of Kon
(King of New York) Brooks is on his journey of taking over the musi
industry. Starting at the tender age of 7 is when Andre (Kony) wrot
his first rhyme for a school project. Not taking it seriously at th
time, he left it alone until the age of 11. As Andre grew older, h
began to notice he wanted to take music seriously. Therefore, hi
bestfriend & partner Zay Rhymes helped him strive further into his ne
hobby
Around high school years, Kony was more active in his kraft. I
also helped that his HS helped out with the hip-hop culture. He woun
up joining a program in the school that associated him with thre
other rappers that became "Tha Works Records" (Including Kony) and
poetic mentor named Jive Poetic. Jive helped mold Kony from being
normal mixtape artist to being an all around artist in general. I
fact, he helped Kony attend and become an extra in a video shoot an
getting TWR their first performance at a center in the Bronx. Bein
the good mentor Jive was he also gave Kony his own studio includin
Kony's first set of mixing boards and two laptops
Having another friend who was involved in hip-hop who went by th
name of Pony (Prince of New York) used to do two-on-two freestyl
battles with Kony. During one of their many freestyled battles, Andr
said "If he's the Pony, I'm the Kony". The name had a ring to it
therefore Kony brought the idea back to Tha Works Records. It Seeme
like a comparison to the late Biggy Smalls and the name grew with hi
and his persona. Andre, now Kony had a new sense of individuality wit
his music
At age 16, Kony & Zay decided to officially make themselves
group called "The Almighty Renegades". Back then it included Kony
Zay, and also a female artist known as "Amazin". The group no
consists of the original 3 and the newest memeber Hazz. Also bein
talented in basketball, Kony is a coach for girls and boys basketbal
through Nike and the DYCD
With his support from his small ride-or-die cirlce of family an
friends some of his biggest accomplishments are dropping 2 sol
mixtapes, numerous music videos, and releasing an album. He also has appeared on Internet Radio with Dj Dynasty (Niteline), Ivy SoMajor (So Major Radio), Dj ShownTell (Sunday Night Cook Up), CoCo (Just Gimmie The Mic), and Eddie Kayne (420 Radio). Learning from his biggest influences Zay Rhymes, the late Biggy Smalls, the great Eminem, and the talented Lloyd Banks, now much wiser from being the "King of Rap Beef" now grown into now a mature artist, Kony Brooks "Eats, sleeps, and breathes music".