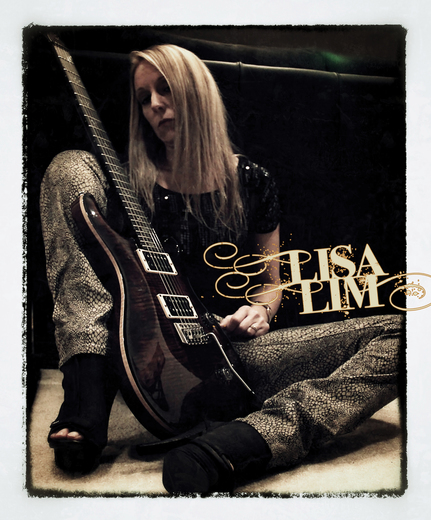 “… Sheryl Crow meets Joe Bonamassa” is the perfect way to describe the musical style of nationally recognized performing artist Lisa Lim. If you’re a fan of Sheryl and Joe, then you will love Lisa's masterful songwriting, burning guitar, and distinctive vocals-- all with a killer blues/rock edge.

Lisa Lim is a WAMA-nominated singer-songwriter and multi-instrumentalist based out of Fredericksburg, VA. This female blues rockin' versatile axe slinger has been touring, performing solo, in duos, and with her various bands over the past two decades. Her blazing lead, slide and rhythmic guitar chops leave both fans and critics breathless.

Her debut CD, “Crazy Feelin’ This Way” (available at CD Baby), received a 2008 WAMA nomination for best R&B Blues Recording. The disc is best described as blues/rock with a hint of funk, and borderline mainstream. Her latest release, “Lisa Lim,” reveals significant growth as an emotional songwriter and performer as she explores the industrial / power blues-influenced indie music genre. She brings her unmistakable guitar sound to over 150 live shows a year with an energy and passion unmatched in the DC/Northern Virginia music scene.

Currently, you can catch her performing with her bands "Lisa Lim Band” and “Over the Limit.” She also is part of an acoustic duo project with Don Chapman. Lisa freelances and has performed with many renowned artists including Gaye Adegbalola, Andra Faye, Dick Dale, Tom Principato, Linwood Taylor, Duffy Kane, Sol Roots, Mary Shaver, Devon Allman, Albert Castiglia and Firefall's Larry Burnett.

Lisa is also a respected music educator who serves as a faculty member at National Guitar Workshop and stays in high demand throughout the mid-Atlantic region offering private and group lessons, and performance seminars.

She shares her guitar knowledge in columns for Premier Guitar and Guitar Girl Magazine.