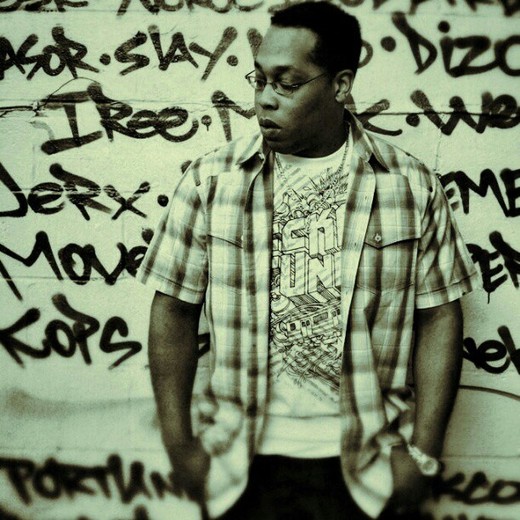 Lyriqs a Producer,Artist,Writer. Lyriqs a native of Linden, New Jersey is set to release his 3rd solo cd. The album Perfect Imperfections due in stores March 18th 2014 is a departure from what is being heard on the radio these days. Lyriqs started his interest in music as a dj from the early age of 15. Taking cues from the elements of Hip-Hop and blending them with beats from old records acquired from his father's
collection. As time & skill progressed Lyriqs self taught style of production utilizing cassette tapes and turntables gave him local notoriety

Lyriqs attributes his musical influences to talented greats; such as, A Tribe Called Quest, The Fugees, the funk of the 70's era and ranging to his aunt, jazz artist Antionette Montaque and many more. His musical foundation was grounded in the truest sounds of genuine melody that can still be heard in his album today. Lyriqs' music is reminiscent of early hip hop without losing it's relevance, thus staying current and fresh

Today Lyriqs has embarked on operating his independent label "Spoken Music Entertainment." Under his label he self released his debut album "Welcome To My Creative Mind" in the summer of 2010 which was raved about about by critics. (http://www.ourstage.com/blog/2010/10/12/hip-hop-habit-lyriqs)That album was followed up by his new album "Life & Other Things" (released in Sep 2011). He recently released his debut album with his group Abstract Nothing entitled Cassette Tapes, in which many are calling his best work to date. (http://www.datpiff.com/Abstract-Nothing-Cassette-Tapes-mixtape.415088.html). Now he is currently set to release his 3 LP called Perfect Imperfections

As a producer, artist, lyricist, & song writer, Lyriqs is out to set a new standard in music!

With hard hitting beats a lyrical content the album stands apart from what is the norm on radio now days. Songs like the up tempo Windows, the title track Life & Other Things, and the stand outs Mercy keep listeners wanting more. The hard work from Lyriqs can easily be heard  he produced all but all but one track on the album.

As a producer, artist, lyricist, & song writer, Lyriqs is out to set a new standard I'm hip hop and music I'm general....

His new album Life & Other Things is in stores now...