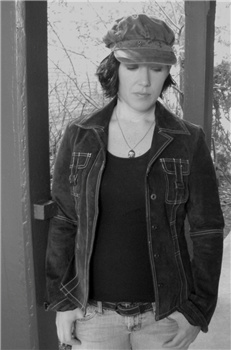 Morgen La Civita had already made her mark in the world of radio and television voice overs, as well as commercial copy writing, when she made the transition to songwriting

In less then two years, she has been featured on 20 albums, has had several songs licensed by various music publishers and has received radio airplay on major market stations, including WWOZ in New Orleans, Jazz88 in San Francisco and NBC's "Good Morning New Orleans"

Her haunting vocals, dramatic lyrics and fusion of soul, blues and world genres, tell the musical equivalent of campfire ghost stories, giving her an edgy and unique sound for today's increasingly competitive market

Socially conscious, Morgen provides specialized music, for causes close to her heart. This has earned her the reputation of being not only unaffected, but genuinely down to earth and easy to work with, a fading quality among today's rising stars

Morgen has a home studio where she writes, records and mixes all her music with her Grammy winning partner Jake R. Tanner. The studio includes Pro Tools Native, Focusrite preamps, AKG microphones and an acoustically treated vocal booth

In addition to her digital releases for various charities, Morgen will be compiling an album of her past donated tracks, along with some new ones. The Cd "In The End" will be available October, 201

One of the Top 5 vocalists for Singer Universe (July, 2011

One of the Top 5 Songs for Songwriter Universe (October,2010

One of the Top 5 vocalists for Singer Universe (February 2010

Tribe Of Noise (in store compilation 2011

Several songs currently licensed by Crucial Music, "The Music Library" as well as "The Ledge" (a division of Man Made Music)