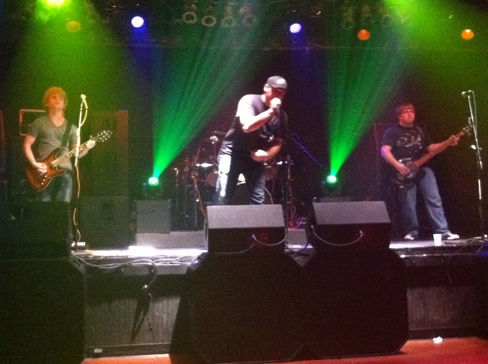 Red Letter Stance is a band striving to go the extra mile and have a positive impact on their fans and the world around them. The project, which pieced itself together in early 2012, looks to bring a fresh look into the rock music scene through songs filled with hopeful and longing lyrics, intricate rhythmic patterns, and powerful vocal melodies.
Each member holds a wide range of musical influences that help to shape the band's unique sound. It is this sound and the extensive experience of each musician within Red Letter Stance that has allowed for individual endorsement deals with companies such as Saluda Cymbals, SilverFox Sticks, BIB drums (Doug Hammel), Cactus Picks, and Curt Mangan strings (Cobrette Bardole).