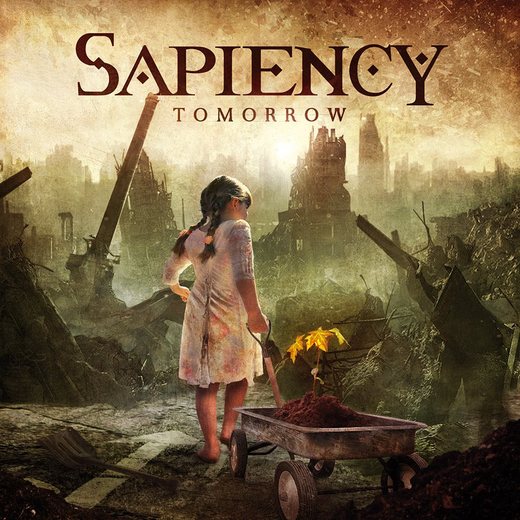 S A P I E N C Y, the up and coming metal band from Frankfurt, was founded in 2009.
Their debut album Fate's End was released throughout Europe in collaboration with SAOL/Hartl in October 2010. It was highly praised by professional magazines.

One of the bands highlights so far was the Mega Event 70.000 TONS OF METAL 2012 with Children of Bodom, Hammerfall, Edguy, Nightwish, Annihilator, Amorphis, Venom, Kataklysm, Cannibal Corpse, and many more.

Another highlight was the Metalfest Open Air 2012 (Mainstage) at the Loreley with Megadeth, Fear Factory, Behemoth, Dark Tranquillity, Blind Guardian and many more.

The second Album Tomorrow was released in March 2013, again in collaboration with SAOL/Hartl.
With "Tomorrow" SAPIENCY proves that the band just began to conquer the whole Metal scene!

Through their energetic, infectious and convincing live performances they energize any stage and audience. The combination of melodic and aggressive vocals, technically
sophisticated drumming and powerful guitar work creates a distinctive unconventional sound, which can only be described with S A P I E N C Y.