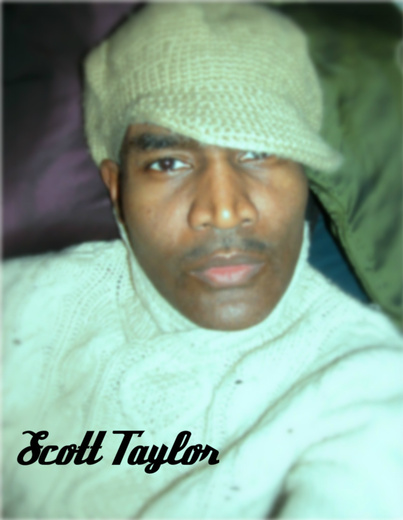 ‘I know I was put on this earth to make music and generate love.’

Scott Taylor has been a perennial musician all his life. The Washington, D.C.-born singer-songwriter says he’s been into music ever since he was practically in the womb. ‘I was born with a 45rpm record in my hand’, Scott jests. At six years old, he sang with the youth choir and since he was the loudest, he was made lead singer often. In the 11th grade, Scott auditioned for a local promoter and began singing disco tunes in The Quonset, a local nightclub. He was then performing with his friend Sherri Gardner, even playing the keyboard during gigs. At 16, Scott got the advice of his life from Martha Reeves. ‘She told me: You’re a singer. And I never looked back’.

Scott cites Bobby Womack, Donny Hathaway, Marvin Gaye, Al Green, Tina Turner, and of course, Martha Reeves as his influences. That’s where his soul and rhythm ‘n’ blues vibe come from, which he fuses with his gospel choir sensitivity and club kid culture.

When recording artist Dolos needed a backup singer, Scott performed her track Night So Right with her. This experience helped mold him into a more confident singer and he got to record his first solo effort, Sweat the Night Away for Harmsway Records. This did not exactly catapulted Scott into a superstar but the experience was most welcome. Scott later became part of the album The War Path, a collection of hip-hop songs dedicated to the eradication of the crack cocaine epidemic. His ballad ‘Spread Love’ received airplay and he performed it in jails and rehab centers as a sort of ministry with Doug Williams of the football team Redskins.

Soon, Scott would meet George Mitchell, owner and founder of Back Beat Records. Scott auditioned for him over the phone and he was signed on the spot. He recorded Not So Far Away, a soaring club/house track that was played in US clubs and even became a Number One hit in the UK. He then released Don’t Turn Your Back On Me written by Mitchell and Soul magazine gave it a fantastic review. The same track was remixed by DJ Deep Dish and Scott was able to perform and collaborate with other artists such as Cover Girls, Joyce Sims, Little Louie Vega, and Barbara Tucker of Strictly Rhythm Records.

Besides a solo career, Scott is also the lead vocalist for Electrofied Blues Band under Marva Records and they have an album titled Bad Case of the Blues. But these days he’s focused on getting his music across as the artist Scott Taylor. He has a new track titled That’s How I Get Down and he says it has ‘enough soul for anybody’s bowl!’

Download Scott Taylor’s eclectic sounding That’s How I Get Down at iTunes, distributed by JMD Records and INgrooves, a partner of Universal Music Group.

WATCH his music video for That’s How I Get Down: http://www.youtube.com/watch?v=z4cJ9Cc3JZY

READ more about him: