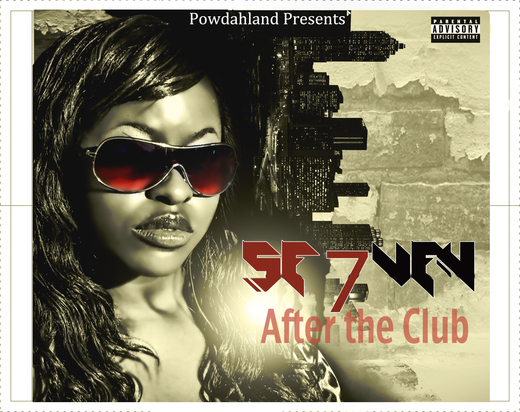 Originally from Gary, Indiana and currently working in Indianapolis, Se7ven Ross is an aspiring recording artist/actress/model. Beginning her career with recording artists Nappyville, (Truly, and Rockstarr), her voice was then featured on the hook of the summer hit, "SuperClean." She has worked alongside numerous promoters and artists, opening for acts like OJ Da Juice man. Se7ven Ross is now working with former No Limit records (Original T.R.U member), Chilee Powdah

Chilee Powdah, who has worked with some of the industry's finest, Master P, E-40, Too$hort, A-kon, and a host of other entertainers, will be using his influence to propel this young starlet's career in her quest to become the next most popular female rap artist. Immulating his patterns and strategies, she hopes to one day become the female Master P. High expectations indeed!
In addition, Se7ven Ross believes it is her role in this industry to empower women. She knows that all women want the same things: independence, equality, happiness, and success leading to financial freedom. By her fierce drive and desire to succeed in her chosen career, she sets the example for all women, no matter where they may find themselves. Se7ven Ross truly practices giving back to others, inspiring them to follow their dreams.

She expects that one day Indianapolis will become a gateway for midwest talents, following in the footsteps of cities like Atlanta, New York City, and Los Angeles. Her brand, W.E.T.T- Women Evolving Thru Time, will be available soon in stores near you.