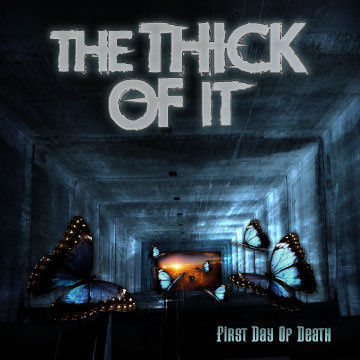 The Thick Of It

About The Thick Of It

Garth .A and Mike " Mykill" johnston both played in a vancouver hard rock band called KillRhythm. Garth had some songs of a different sound he wanted to record and eventually play live. He would go over to Mike's place and work on the songs fine tuning them. FInally he enlisted KillRhythm drummer Rob W and long time friend Russ Bergquist ( Bass guitar) to help in the cause. The result was recording a ten song album @ EarArt studios in Delta B.C and NIMBUS studios ( partly owned and run by GGGarth Richardson) in vancouver B.C
Along the way Garth decided to call this project " The Thick Of It" in relation to the nature of the lyrics and the moody , sometimes sad toned songs. He and The Thick Of It played more than a few live gigs in vancouver impressing the crowds. Now Garth .A is focused on getting his music out to as many people as possible, looking to license music from The Thick Of It album and or have other artists use the music. Garth is also looking to collaborate and co-write with other artists. The Thick Of it continue to play and have since changed they're line-up from a 5 piece full rock band to a 4 piece acoustic /electric ensemble and have played a handful
of successful shows with the new sound. This also has sparked more shared songwriting among the members creating some very memorable , melodic music.

Full length album from The Thick Of It is available on CD baby,Amazon and I-Tunes
Album Title : First Day Of Death
https://itunes.apple.com/ca/album/first-day-of-death/id380832647

The Thick Of It