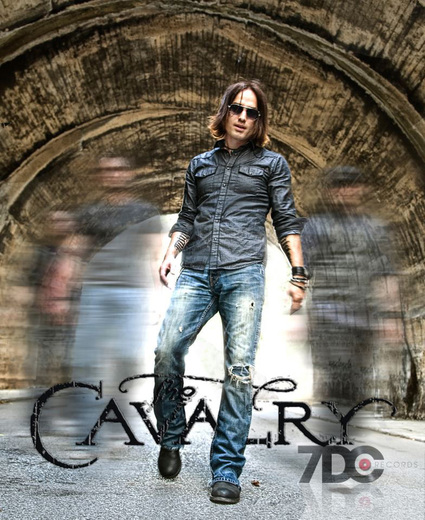 Things have changed over the years for The Cavalry. Now in the Music Capital of the World, "Nashville, TN, the band got its start as a straight forward rock act out of LA. They brought a special blend of energy & soul into their explosive stage performances. With solid origins in Alternative / Pop Rock. The Cavalry has understood what it takes to cross over to main stream rock yet never to forget where they came from nor straying to far from home
While in LA the band cut their teeth in the heartland of Modern Rock n' Rol
on the legendary stages of the Sunset Strip. Regularly headlining such venues
as the Roxy, House of Blues, Key Club, The Whiskey, The Cabana Club, & many others from across the country. The band impresses venues with their professionalism, high-energy show & great draw. The sound-man at their first show said it best when he closed their set with, "When you want to rock, who're you going to call? Call in The Cavalry!
Outside of being a marketable band, The Cavalry in it's 1st year won LA's "Best New Band of the Year" award. They have also been blessed to have been endorsed by many of the industry's leading companies in fashion & entertainment. Now in it's fouth year "The Cavalry" calls LA / Nashville home as well as positioning newer & stronger members in the midst of this road they are on. The music has grown & matured, and now shows more of a defining character as they work with reputable producers at the prestigious Sound Kitchen Studios in Nashville, TN. They have worked with producers such as J Hall, who has helped produce bands such as Saving Abel, 12 Stones, and Saliva. Their first album features A-List drummer Robin Diaz (Nickelback, Daughtry, Trapt, etc.), and have also gained support & mentorship from Adam Gaynor (Guitarists for Matchbox 20), Clint Lowry (Guitarist for Sevendust), Ben Carey (Guitarist for Lifehouse / Elvis Monroe), Bryan Hopkins ( lead vocals for ELvis Monroe). They have also finished their 1st Music Video for their single "Trinity's Song" with producer Michael Costanza (Blue Horizon Pro.), Director Damian Fulton, and is represented by 7dc Records. All of this support combined with the heart and drive for success as musicians helps build a strong base for a Cavalry Nation....

"First In, Last Out!!!".... "You all better hope this roof is bolted on, cause
if it aint these SOBs about to blow it off!! When you want to rock,
who are you going to call? Call in The Cavalry!"..
~Thomas Corey~