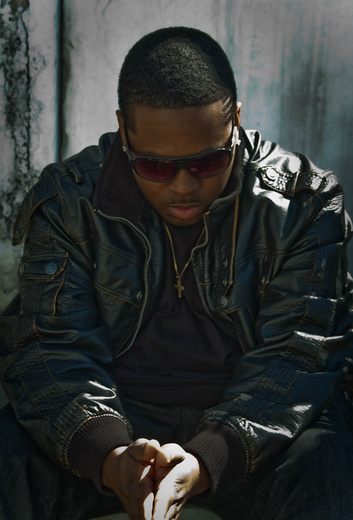 The Epitame (born Everett Stone), is a Chicago bred hip hop artist. Dwelling from the historic south side of Chicago, Epitame has been stirring major anticipation for his superstar debut. Now heavily seasoned, Epitame is on the brink of setting a new standard of hip hop music. Epitame is proving to the world that he is able to consistently make hit after hit.

Epitame was influenced at a very young age. His father and his uncle were prominent Disc Jockey’s throughout the late 70’s and early 80’s, which is why many of his heroes/inspirations were artists such as: Donny Hathaway, Marvin Gaye, Stevie Wonder, Al Green, and Michael Jackson. As the late 80’s and early 90’s rolled around, Epitame fell in love with Hip Hop. Legends like Big Daddy Kane, Rakim, Kool G Rap, Wu Tang Clan, Nas, Common, and Outkast has had a major impact on his life. So with the combination of old soul and the golden era of Hip Hop influences, he has a deep rooted understanding and a formula to make CLASSIC music.

Epitame has established a major following showcasing his talent on major Chicago stages such as: House of Blues, The Shadow Bar, Subterranean, The Premier, The United Center and many many more local venues and festivals. As the positive feedback started pouring in, Epitame is definitely catching a bright limelight and is considered to be the next shining star to emerge from Chicago. As the "buzz" continued, Epitame has taken his talent into many different dimensions writing, producing and featuring on many artist who believe that he can be a "game changer" when it came to making their projects prosper.

Currently, Epitame is working on projects with the legendary Mos Def, Big Daddy Kane, famous bass player Sharay Reed, and plenty more Artists and Musicians. He also has worked with local activist to try to give back to the community and various "Stop The Violence" movements to bring awareness not only to his city but the world. He mentors kids between the ages of 10 and 18 years of age that is being launched through his Chi Town Incorporated company and Enviyon Entertainment.  His pride and joy has to be his contribution to Haiti.  He helped raise money for the Yele foundation which was launched by Wyclef Jean by putting a video out called "Keep The Faith" which painted a vivid picture of the disaster and gave the viewers directions to donate.
When you think of what is missing in Hip Hop as a whole genre you will believe that Epitame will be able to single handily fill in that void. The creativeness that is displayed in his music and performance is mind blowing and just like his city of Chicago believes the world will believe. Epitame understands what Classic music is. The most highly anticipated MC is set to forever engrave his name in the game. THE EPITAME