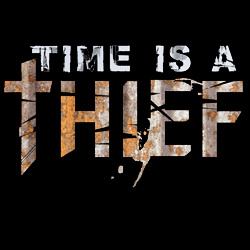 Time Is A Thief

About Time Is A Thief

Like all great bands, Time Is A Thief came from humble beginnings. It was the usual situation, a shared love of music between friends became the start of a band. After spending months finding their sound, learning from mistakes, and gigging constantly all over Ireland, the band are finally on the road to becoming what they dreamed of. After launching their debut E.P., Conversations, in 2009, the band became much more focused and driven. Having played almost all major venues in Ireland, as well as sharing the stage with bands like Twin Atlantic and Canterbury, the band feel success is just around the corner. After a hugely successful launch of their second E.P. 'Identity' in the Pavillion, Cork, the band are now embarking on a nationwide tour. Recorded by Ciaran O' Shea of Cyclefly fame, the EP marked a turning point for the band. With a new sense of purpose, a well defined sound and a strong determintation to do whatever it takes to make it, the future is looking very promising.

Time Is A Thief