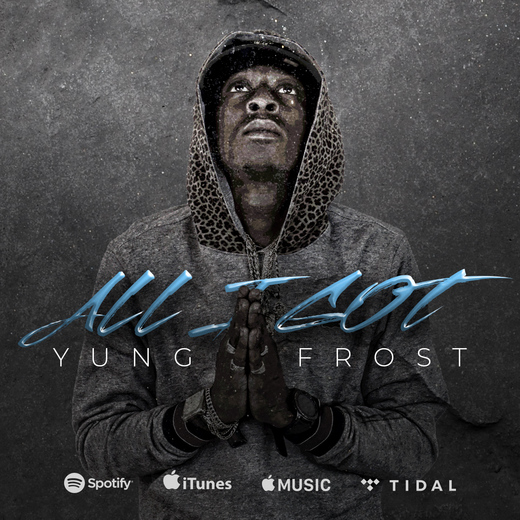 Yung Frost is a rising hip-hop artist from Columbus, Ohio. With a natural skill for creating lyrical flows and a willingness to rap about difficult topics in current events, his music has already proven to be a powerful and exciting new sound. Together, these skills and his passion for music make Yung Frost one of the hottest new hip-hop acts to rise out of the Midwest!

Yung Frost began writing poetry in 2003 as a means of self-expression. Poetry came almost instinctually to him, as he has always had a strong inner voice and a creative, lyrical mind to help him express that voice. Soon after he started writing poetry, his words began to develop a strong sense of rhythm and verse. Naturally, his artistic talents flowed over to music and he began to perform his poems over popular hip-hop beats. In 2004, Yung Frost joined a hip-hop duel group known as the “SG Boyz,” to help perfect his lyrical abilities and strengthen his confidence on stage. By 2011, Yung Frost was ready to make the next big step. Having mastered his unique sound, Yung Frost officially began his solo career. Inspired by hip-hop icons like Cassidy, Lloyd Banks, and Jadakiss, Yung Frost’s music is a unique blend of witty metaphors and smooth flows that pull the listener into the music. Perhaps most importantly, Yung Frost isn’t afraid to write complex verses that bring attention to important issues and current events.

Since 2011, Yung Frost has been making serious waves in the music industry. He has released eight original mixtapes and garnered attention from fans across the country. His debut single “Hustle Erryday” quickly went viral, receiving thousands of views and gaining a positive reception from music critics. The track features a hard-hitting lyrical performance from Yung Frost and a heavy trap beat. His other singles, such as “Let’s Pray” and “Need No Help” show off his ability to slow things down and use the music to take on difficult issues.

Currently, Yung Frost is working to release his eighth mixtape “Below Zero” and he already has a ninth one in the works, titled “More Than Most”. Fans of Yung Frost will also be excited to know that he has plans to release his first ever full-length album in the near future. With an unmatched ability for writing verses and a drive to succeed in the music industry, Yung Frost is one of the hottest new artists coming off the streets!