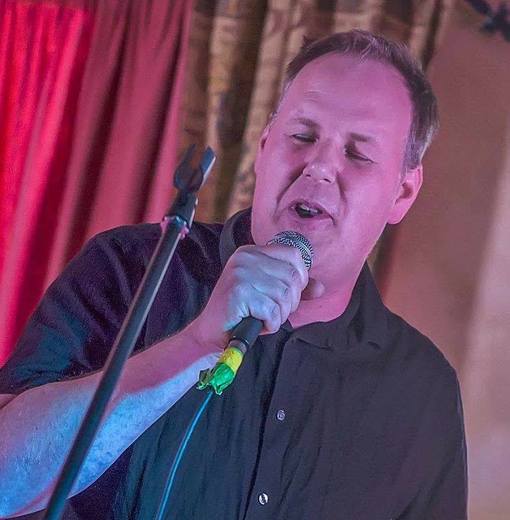 Aaron Graham was born 1972, in Lisburn Northern Ireland, where he still lives. He is married and has two children. Aaron grew up in Christian home with his dad being the Pastor of his local church.  He always had a passion for singing from an early age. Aaron sang when his dad took services in Churches in Northern Ireland.

His first recording which was basically unheard of was recorded in 2003. This recording contained three songs written by Aaron.  He began singing at various youth events and singing alongside artists from the USA such as the Mid-South Boys and English singer Paul Wheater.  This opened up many opportunities for his singing. Then in 2010 he recorded his first self-penned album “Anointed”, which is still available as a download and also in CD format. “Anointed” contains 9 songs, some of which have been played on UCB radio and sung in many churches.  Aaron is currently a worship leader at his home church in Belfast.

Later in 2017 Aaron is set to release a new album, and has been working with a good friend multitalented musician producer, Felipe Gonzalez, originally from Venezuela, now working as a missionary Pastor in Brazil. Seven years after recording “Anointed”, Aaron is back with a new sound bringing you new songs that will make you dance, clap your hands, cry, and challenge you. The first single “Cry Out” will be released 19th May digitally with a pre order released on iTunes on the 5th May which includes the lyric video for the song. In its first week of release the video gained almost 1000 views on his Facebook page, and the single has gained airplay on a Radio Stations in Canada and USA even before the song is released.

Aaron has a small number of followers on his Facebook page, but is amazed of what God has done so far in his music career. He is very much looking forward to the future. “Cry Out” is the first single with a second planned in late June early July before the album is released in September.

The album will be called “Not about us” and part of the proceeds will go to help the missionary work of Felipe Gonzalez.