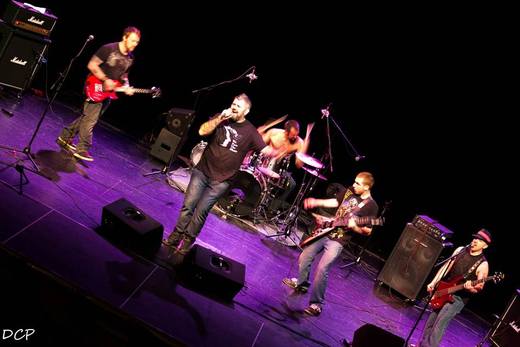 A Call For Submission

About A Call For Submission

With a modern metal sound that is evocative of Avenged Sevenfold, Nova Scotia’s A Call for Submission is poised to expand their reach with the release of their first studio album, Rise or Fall. Known for their catchy hooks and melodic vocals, the group has been playing since 2003; the current incarnation consists of lead vocalist Immanuel Brewster, lead/rythm guitarist Jesse Harris, lead/rythm guitarist Jon Fredericks, bassist JD Harris and drummer Aaron Spinney.

The band cites Metallica, Slayer, Black Sabbath, Three Days Grace, As I Lay Dying, Stone Temple Pilots, Slash, Atreyu, Pantera, Motley Crue, and KISS among their musical influences. This influence is evidenced in the band’s musical evolution across multiple genres. At a show, fans can expect to hear intense original sounds blended with popular Metallica cover sets and can find a sample of their sounds on the band’s Facebook fanpage and ReverbNation.

Of A Call for Submission’s sound, guitarist Jesse Harris says, “I believe our music balances on the fine line of heavy and melodic. I see people head banging in the front row, but at the same time singing along with the chorus. It gives you the fist pumping, devil horn bearing energy that people crave in music, and the singable, soaring vocals that keep it stuck in your head for days.”

A Call for Submission plays events and venues across the Maritimes with the promotional assistance of Fusion Entertainment Co. who hosted Two "Rise or Fall" release parties at Michaels Bar & Grill in Halifax, Nova Scotia (May 17, 2013) and West Side Charlies in New Minas, Nova Scotia (June 8, 2013). They are now preparing for their 2013 dates including Riverfest- Rock the Bush with the Denmark Productions Halifax-Plugged In 2012 line-up and for Festival et Macadam in Quebec City in September where they won 2 spots after they entered their original tune "Walking Saviour" into a Reverb Nation Contest;one to open for Pennywise and one to play after NOFX. They will be heading back into the studio in late fall to start their 1st full length album and are so excited for what the near future brings.