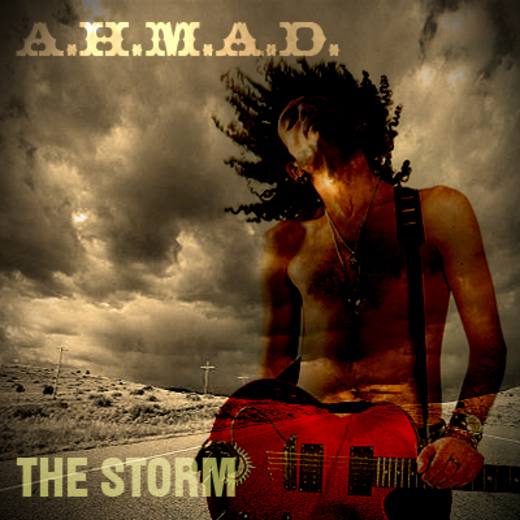 Full colored Bio is available here
http://ahmadmusic.com/sitepages/My%20Documents/AHMAD-Bio.pdf
"...Ahmad… is a talented guitarist and has a magnetic stage presence that could attract a fourteen year old girl and an 85 year old man equally..." Stephanie Shira, Babble and Beat Magazin

"I was pleasantly surprised to hear an instrumental. Fuck, I don't hear those often enough as I probably should. Your sound truly speaks for itself - no vocalist required. At least for what you have up. 10/10" Meukus / Roadrunner Record

A.H.M.A.D. is a Los Angeles Rock Band that has generated much excitement since their formation!

A.H.M.A.D. ended up #1 on the Slash/ Guitar Center competition to open for Slash: http://slash.whooznxt.com/
The Hit "Can't Kill the Beast" reached #9 on the charts of rock on mp3.com

Their single "Holy W.A.R.S." ranked #51 on the charts of instrumental rock. This track can be checked out in addition to our other mp3s at
http://www.facebook.com/ahmadband?v=app_96687436973
A.H.M.A.D. latest EP tunes has generated much interest since they’ve been performed and distributed! After performing these tunes continually around the Bay Area and the West Coast the band decided to release the EP and to continue promoting it with a series of past and scheduled shows all around the area (KIMO’s, Red Devil Lounge, Rockit Room, Hotel Utah). Since its release the EP has sold out at shows

The band is currently residing in Los Angeles and their sounds are greatly influenced by classic and mainstream rock great sounds such as Queen, The Beatles, Led Zeppelin, Guns n Roses, & Dokken. Although it differs than its predecessors with being instrumental, it is yet very melodic and still captures the spirit of Rock ‘n’ Roll that these band immortalized

Currently A.H.M.A.D. is on their North American tour planning show dates in support of the new EP. They are getting plenty of exposure promoting their shows. They’ve been reviewed positively in magazines and blogs such as Babble & Beat magazine, and the EAT Restaurant Blog. They also have shows locally in San Francisco and Los Angeles Scheduled in the next few month. For the most up to date of events check out: http://www.facebook.com/ahmadband?sk=events