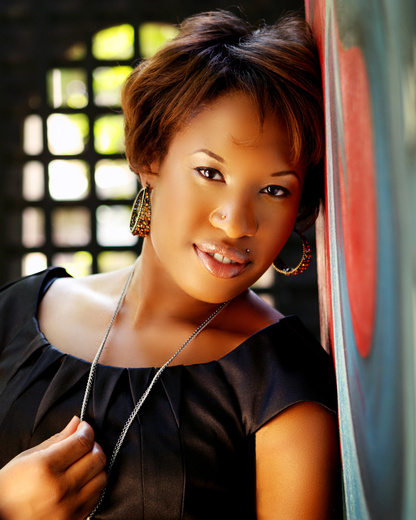 Alayna is an inspirational soul singer from New Orleans, Louisiana. Born Alayna Allen, now Alayna Allen Maberry, church and music has remained the core of her being. As a little girl, Alayna honed her vocal skills by listening to great singers like Vanessa Bell Armstrong, Kim Burrell, Anita Baker, Donny Hathaway, and Stevie Wonder, which helped her to develop the sound, unique vocal style and abilities she now possesses.

Alayna has been using her God given gift since the age of 6, singing in her church choir. The anointing on her voice and conviction of her delivery captivates her audience. During her early singing career, Alayna performed with various artists like TL James, Theresa B, and Dave Lemon to name a few. In 1996, at the age of 15, she recorded with Bamboula 2000, “It Takes a Village to Stop the Killing” along with the Christian Unity Baptist Church Ensemble. She also recorded with Terrance Alexander and Divine Revelation in 2000.

Alayna’s ambition has led her to attain a Bachelor of Science degree in Psychology from the University of New Orleans. She continues to study music and develop her artistry as she embarks on this great feat of wowing the music industry with her pizazz and ability.

Alayna has desired to become a recording artist all her life and is ecstatic to finally fulfill her dream. She has recently signed with Gospo-Fella Entertainment and is working on her debut album. The album will include inspirational songs of love, hope and encouragement in musical styles ranging from neo-soul, rock, R&B and hip-hop gospel. Alayna promises to deliver a consistent message of God’s love, salvation and redemption for mankind.