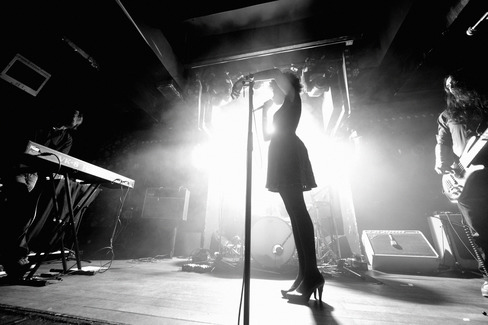 99lbs is a freewheeling Soul-Rock outfit led by French/Senegalese singer Laetitia N'Diaye with the solid backing of three known troublemakers: Aurélien Barbolosi, Joseph Robinne and Martin Mayer. They met in Paris in 2012 and brought together their different musical backgrounds in soul, rock, funk and jazz to cook up around a hundred pounds of their own special sound.

At no loss for ideas, they recorded and produced their first full-length album "Street Corner Fairytale," at the end of 2012 (officially released on March, 20 2013). The album is a collection of 10 songs that stem from the experiences, dreams, and wisecracks of all four musicians. Laetitia's powerful vocals run the gamut from bitter loss to mischievous love, and the sound draws you in with a live energy reminiscent of the group's concerts.

They are already spending a few nights in the kitchen, stewing the chunks of what will surely be a spicy second album.