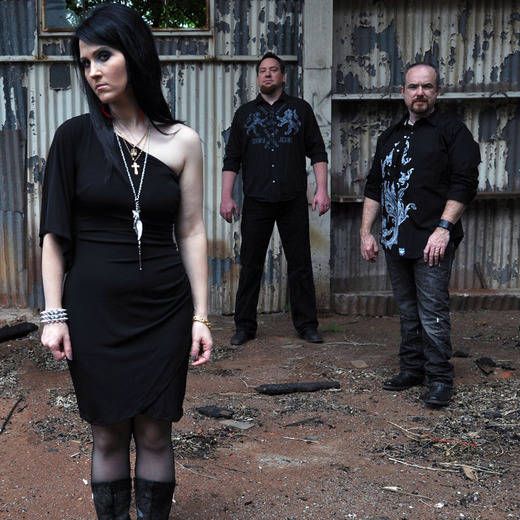 Since forming in October of 2006, Angelical Tears has stood as a unique musical voice in the Oklahoma music scene. The band's heavy but melodic sound is the result of a variety of musical influences such as Goth, Classical, Metal, and Electronica. These elements all combine to create a powerful metal sound with strong symphonic Goth elements.

The combination of the ethereal vocals of Julia Flansburg, heavy guitars of Steven Bittle, and pounding bass of Glenn Flansburg give Angelical Tears a style and sound that sets them apart from their peers in the Oklahoma music scene.

The band's first show was in the "March Bandness" battle of the bands contest organized by 94.7FM "The Buzz". The band quickly proved itself by placing in the top four final bands. Fueled by this initial success, the band sought further opportunities to perform, refine their sound, and develop a fan base. Performances at regional/national venues like The Samurai, Reggies, and The Rave/Eagles Ballroom; at festivals such as Rock Jam, Dame-Nation, Rose State College's Festival of Modern Music, and The Oklahoma State Fair; appearances on KSBI-TV's "Oklahoma Live", Oklahoma University TV's "The Set", The Oklahoma Gazette's Annual Ghouls Gone Wild Halloween Parade, and The All-Stars Tour have helped propel Angelical Tears into the top tier of bands in Oklahoma. These successes have also allowed Angelical Tears to share the stage with numerous local/regional artists while opening for national acts such as Bang Tango and The Misfits, as well as serving as direct support for the internationally-reknown Japanese metal band, Loudness.

Angelical Tears released their debut, self-titled E.P. in August of 2010. Music from this CD has gained local/regional airplay on stations like KATT 100.5FM, Oklahoma City's most popular rock radio station. The EP has received glowing reviews both domestically and internationally by Femme Metal Webzine, Sonic Cathedral, as well as numerous others. The track "No More" was featured on Australian record label Blue Freya's compilation CD "Born of Sand and Snow" as well as in the soundtrack for the motion picture "Dark of Moon". The track "Save Me" will appear on the soundtrack of the upcoming horror movie "Waterfront Nightmare". The combination of their active fan base, reception of live performances, and EP success have also earned Angelical Tears such honors as being named Unleash the Furies' Band of the Month (Sept., 2011).

With their sights now set on national and international tours, the band has branched out beyond the Oklahoma area playing shows in Wisconsin, Colorado, Illinois, Kansas, Nevada, Tennessee, and Texas. In addition to actively touring, Angelical Tears has completed the recording of their debut LP, "The Eleventh Hour" which was released June 23rd of 2012.