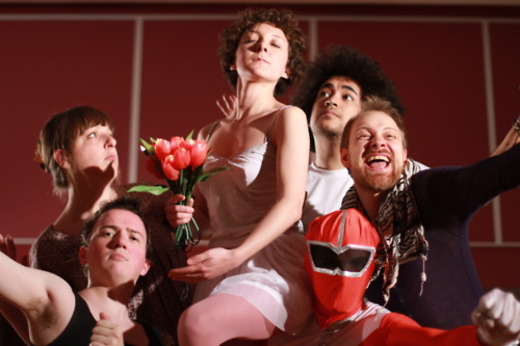 Louis Lingg and the Bombs are goddamn punk-rock-garage-pop-anarcho saviours of the 2 and half minute pop song. The bombs they throw are musical, they come fromParis (they could only come fromParis!) and they’ll grab you and demand your instant attention. Their sound is a mix of ultra-political anarchic punk rock and fizzing children’s nursery rhyme riot-pop. Laced with so much energy and a whole sonic attack of chaos and fizzy energy, they throw a crazy live party. They could start a riot in a phone box and regularly blow up little bars with pop Molotovs and bang bang boom boom punk rock energy!

The group is named after Louis Lingg, the famousChicago anarchist who committed suicide on death row in 1887 after the first May Day protests. Some of their songs are ultra-political anarchic punk rock and some are children’s nursery rhyme riot-pop. ALL of their songs are full of fun-fun-fun pop hooks!

Their music is 100% DIY and is mostly recorded in their bedrooms. Made with cheap instruments and broken computers, their records sound great.  Homemade DIY music doesn’t mean sub-standard. Their sound is a manic, punk rock explosion - a poppy riot starter.