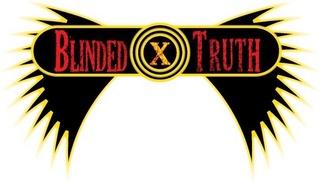 I want to start by saying thank you so much to anyone and everyone that has made it out to a blinded by truth show. It meant the world to us to have you there each and every time. For anyone who wanted to come yet never had a chance to, we are currently playing local venues so keep a look out on our page for dates. And send us a message we'd love to chat with you!

history of blinded by truth...

Sean, Vince, Travis, and Adam are the original four members of BxT. They started jamming and composing in 2006. It wasn't til November 08 that the first live show was played at mo's bar and grill. Then started playing all over the salt lake valley. Members of the original four have played in other bands in the past but nothing came close to fitting like BxT. Stormed stages at venues such as: Avalon theater, the outer rim, sho, club allure, the fifth in bountiful, southshore bar and grill, 5 monkeys, kilby court, The Complex, In The Venue, and club vegas. We thank all of those venues for all the generosity and hospitality that they have provided our band thus far.

accomplishments we have made as a band..

We have a song on HGR records presents : Utah Heavy Guitar Rock Volume 1 that is still going to be mass produced this year. Thank you HGR!
We played in gorillas battle of the bands and won 2nd place in both rounds which opened up a lot of new windows and shows. We had an article featuring us on dyingscene.com
Check that out!!!
Our music has been played on x96 live and local.
also played on Maveriks kickstart Tv show