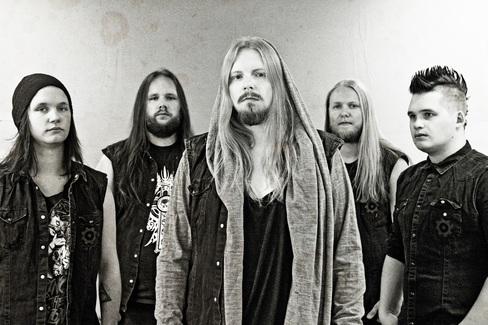 Eyes Wide Open from Karlstad are probably, at the time, Swedens most promising metal band.

In less than two years in existence as a band, they have gathered a huge following and 15 fanclubs over the world. With spring of 2012 marking the release of their debut EP; Revelations, this is a carreer seldomly seen. In this short period of time they have played two of Sweden’s largest rock/metal -festivals, toured throughout Sweden, Denmark and Norway, achieved no less than 60.000 followers on Facebook and much, much more. This leaves one question: “Where do we go from here?” On december the 11′th, 2013, the followup to “Revelations” was released. This time it was a full-fledged album called “Aftermath”. With this album, Eyes Wide Open further cement their position as a one of the frontrunners in Swedish metal today, with their strong melodies, big riffs and their trademarked use of megaphones.