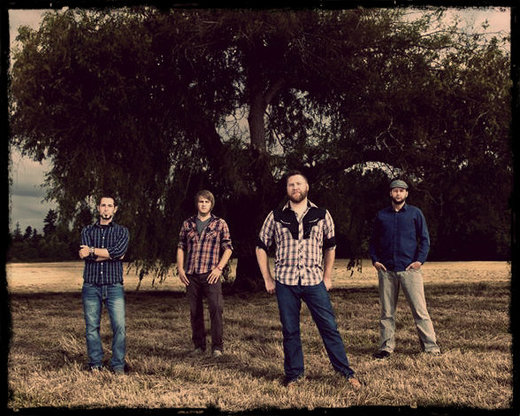 “Rootsy, Southern-soul tinged Rock-n-Roll, straight from the heart of the Great Northwest!”

After an almost 4 year recording hiatus, SweetKiss Momma is back to unleash “A Reckoning Is Coming”, the follow-up to their debut full-length album “Revival Rock” (one of 2010’s best reviewed, and best-selling, independent Southern/Roots Rock albums).

“A Reckoning Is Coming” was recorded with top-notch Nashville producer (and founding member of Wilco) Ken Coomer, and mastered by Grammy-winning engineer Richard Dodd (Tom Petty, Johnny Cash, John Lennon, and Kings Of Leon among many others). This fortuitous rock-n-roll union was set in motion when Coomer, after hearing the band while adjudicating the finals of a songwriting contest being held by John Carter Cash, contacted SKM to see if they would be interested in teaming up with him for their next record. "They are genuine...” says Coomer. “…they write from their big ol’ hearts, without apologizing to anyone.”

The band, along with auxiliary members Dan Walker on keys and Kim Hamel on additional vocal harmonies, convened with Coomer for a week of marathon sessions at the legendary Creative Workshop Studio (who in it's prime, hosted a number of gold and platinum recording sessions, among them were those for Elvis Presley, Merle Haggard, and Leon Russell). “Creative Workshop has such an incredible vibe to it” remarked Jeff, “you can just feel the history and spirit of that building coming through in the recordings.”

From the fire and coming-down-from-the-mountains stomp of the set's first number "Fix My Hair", it’s clear that this dynamic and richly-rooted outfit is laying the groundwork for a collection of stadium-worthy articulations. The fierce rocking and ominous double-barreled guitar attack of the title track, the searing declaration of "Breathe Rebel", the syncopated shimmy of "Get Some Love", and the down'n'nasty boogie of "Dirty Uncle Deezer" perfectly express the Saturday night swagger inherent to the SweetKiss Momma sound, while tracks like the graceful and affecting lament “Same Old Stories”, and the delicate acoustic instrumental “Laura Rose”, serve to illustrate that a balanced fragility may be what truly lies in the core of the band’s soul. The final grace note of the album is an alternate acoustic take of "Breathe Rebel” that seemingly transports you to the late-night front porch jam sessions that one imagines much of their music is birthed from. Coomer was impressed by the music the group cut with him; "…what you will hear are songs and riffs that will stick in your craw for days on end!”


The band has noticeably grown since their last effort, employing richer texture and imagery in their music and lyrical content. There is a comfortable cohesion, and undeniable chemistry, as they simply, yet powerfully convey what seems to come to them naturally.