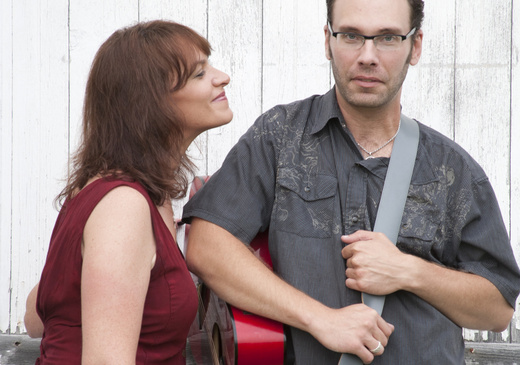 Dragonfly Dying is a vocal acoustic project consisting of two people with a passion for creating original music and performing a select few cover songs. The two have been collaborating together since April of 2004. Jason first heard Kristen singing at a Karaoke night in a local club. She was singing a Melissa Etheridge song. Writing music has been a spiritual evolution for both members since their first collaboration entitled "Open Book". Symbolic and meaningful lyrics are of strong importance. "We both strongly believe in symbolic meanings. The dragonfly represents the transcending of time, living through change and the continual recognition of Self. The "dying" in our name represents the dying off of the old and the coming in of the new or "now". There is only now." -Kristen and Jason