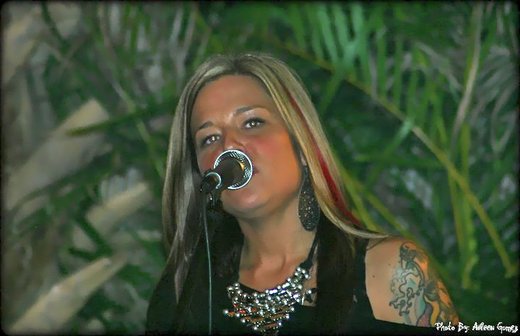 The rockin', female fronted band Someday Souvenir featuring lead singer DARI MAHNIC.
Dari is also a vocalist for the TRANSIBERIAN ORCHESTRA winter tour.
Someday Souvenir recently won MTV Ourstage "Takes the stage " contest in Sept 2011 at the Ritz Ybor thanks to their large following of loyal fans they packed the house and fed off the energy of the crowd.
Someday Souvenir has performed alongside the likes of Lady Gaga, Katy Perry, Uh Huh Her and the Indigo Girls. Armed with an intense live show they are no stranger to the big stage. Someday Souvenir refuse to be confined to any one certain genre or style of music. Their radio-friendly sound has been assembled on a foundation that satisfies many musical tastes. By combining elements of driving rock guitar, power pop songs, and the raw emotion filled vocals, they have managed to craft their own signature sound that sets them apart from the majority of their contemporaries.
Souvenir can draw in a crowd quickly with their showmanship, great music, and warm inviting shows Someday Souvenir promises to lure audiences everywhere.... Go see them live you'll be glad you did!
If there is an open door or window to be seen or heard Someday .. .. , Someday Souvenir plan on sharing their musical expression with as many people as possible.
"What we want more than anything else is to play for anyone that will listen that is the ultimate privilege." - Someday Souvenir
PLEASE be sure to check out our video's of our live shows!