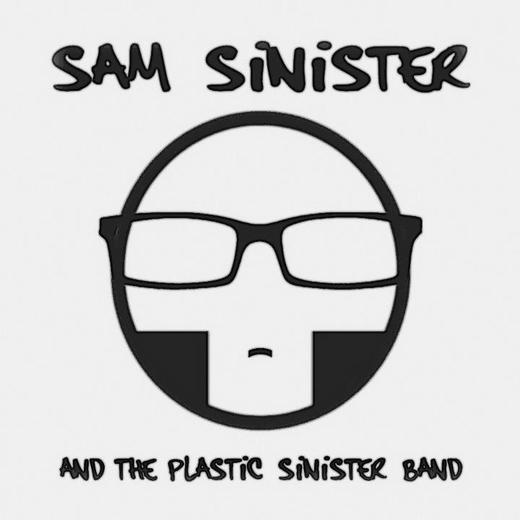 In 2002, a 21-year-old newcomer named Sam Sinister swept the U.S. music scene by storm, as the singer of New Castle, PA punk band The RUNS. By the end of the following year, all they had to show for it was a muddy-sounding demo (recorded with a crappy tape recorder), an EP (recorded the same way), and an album recorded for free by a friend who was basically just looking for experience as a burgeoning sound engineer.

That album, We Don't Know What Our Problem Is (2003), became a local collector's item, influencing numerous regional bands, while effectively dissolving The RUNS in the process. Sam's vocals, however, scored high with fans and critics, as did his personal fashion style, which included tight pajama pants, ratty, sleeveless t-shirts, and neckties adorned with bottle caps, safety pins, and cigarette butts. As a result, he sparked a nationwide fashion trend, and was heralded in the press as a "rock and roll hobo," an alternative to pop icons like Justin Timberlake, whose manufactured look and videos had started to wear thin. America had decided enough was enough, and demanded something more reality-based. Sinister seemed to fill the void nicely.

In October 2003, on Halloween, he started his second band, The Reversatiles (while simultaneously leaving The RUNS, taking bassist Jonny Kunt with him) with local rural punk rockers Ray Versatile and Vermin Fell, along with co-vocalist Bri File.

The Reversatiles released the 10-track, lo-fi masterpiece entitled Our Mothers Named Us, which debuted at number one not only in the United States, but also in many other countries, including Germany, Spain, and Belize. By the Fall of 2004, "Reversatile-mania" was showing no signs of slowing down—the band was performing to sold-out crowds on an intense touring schedule, kicking it all off with an appearance at the famed VFW Hall in Reynolds, PA, and took home top honors at the Logger Awards, which are considered to be the Belizian equivalent to America's Grammys.

Two months later, after the inevitable collapse of the Reversatiles (the brightest star always burns out the fastest, afterall), Sam started work on his first solo effort, 13 Songs!, which would include the future smash hit "Teen Wolf". But, in the meantime, the call beckoned him once more to the stage.

In early 2005, he formed the garage-punk powerhouse Bob Sagget and the FullHouse, with former Reversatiles guitarist Ray Versatile, who was now called Figgy Ray Gunn, and drummer Jeremy "Krum" Ross. This band recorded 3 albums-worth of material, which can be heard online, at such sites as MySpace and SoundCloud. The band only lasted a few short months, with one member leaving New Castle for better opportunities, the others too lazy to find a new drummer.

After that, Sam played guitar for the band The Disliked, which later became some band called Dead City Dealers.

Sinister's debut album, 13 Songs!, was released on May 12, 2007, and within one week it had gone platinum, with over a million copies sold. The single "Teen Wolf," which received a great deal of radio airplay, reached number one on all of the best music charts; "Ghetto Fab" also reached number one on the adult charts; and the catchy pop song "Pornographic Mama" was a top-requested video on popular music video channels and made it into the Top 10 of every magazine on the planet.

To promote the album, Sinister set out on a relentless publicity tour, making appearances on talk shows such as Viva Variety, and giving a series of concerts in Europe with his newly formed Plastic Sinister Band, which was put together by his good friend Stink Fingers of the band Oatmeal. As Fingers told distinguished members of the media at a press conference this one time, "Sam's aging, his music's aging, and we wanted a band that would fit well with who he is as a person."

And, after being away from his small-town home in PA, Sam was beginning to form his own personal style. Originally, publicists tried to market him like other washed-up pop stars, but Sam rebelled. "If it was up to the record label," he said, "I'd have bleach-blonde hair and I'd probably be wearing a bra for a shirt." Instead, the singer-songwriter opted for a "traditional skinhead" look, which consisted of hemmed blue jeans, steel-toed boots, and plaid, button-up Oxford cloth shirts. According to one writer, this five-foot-eight, 27-year-old man spawned a "prepubescent army of baldies," who snatched up his records and faithfully copied his look to a tee.

With edgy lyrics and a strong voice, Sam Sinister has become one of America's top-selling entertainers.