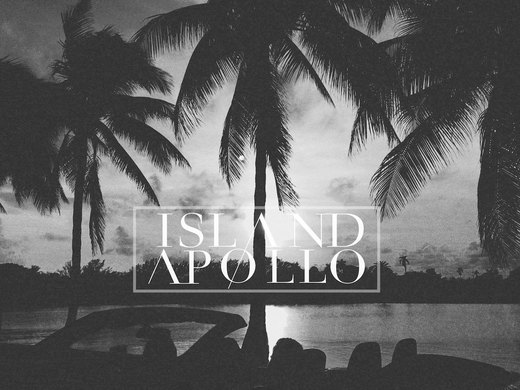 "The end result of their latest effort is a fun, precise, and creative blend of soaring pop vocals and enjoyable guitar breakaways... Whether it was to lower my foot to stomp with the beat, or to raise my voice to sing in harmony, Island Apollo demanded my body interact with their sound and live boldly in the richest sense possible." - Ear To The Ground

"...the five piece excited with danceable pop rock reminiscent of Capital Cities. This record fuels us with a healthy chorus full of horns and a lengthy bridge." - The Music Ninja

"I am usually suspicious of bands that are billed as the "next big thing", however if there is any justice in the world, Island Apollo will be the next big thing in indie rock." - Ear To The Ground

"The best LA/OC band since No Doubt." - Dr. Funkenberry

"Island Apollo plays with astonishing precision and considerable verve. They're tight but not tense, intense but not intimidating. Each member knows their job and does it well, and their experience shines through in confident assured playing, compact, well-crafted songs." - Music Junkie Press

Having gained a seriously considerable following as The Bolts, Island Apollo is off to new and exciting things. After starting The Bolts as teenagers in Irvine, California, they were able to pick up airplay on KROQ, win Orange County's "Best Pop Artist" from the OC Music Awards, open for Capital Cities and Third Eye Blind, and even managed to get a song placed in a commercial with Kate Upton. The band established themselves as one of LA’s hottest artists with a slew of headline shows at legendary venues like The Roxy, The Troubadour, The Viper Room, and more. The band soon developed a reputation as one of the most licensed unsigned artists in So-Cal with songs appearing weekly on FOX Sports, CBS, TeenNick, VH1, USA Network, and national marketing campaigns for Sobe Drinks and Sprint.

After seven years, they've undergone the knife and emerged as Island Apollo, a name derived from the artificial islands off the coast of Long Beach Bay, each of which is named after an Apollo astronaut. Adamant about establishing a presence in the LA music scene, their attempts to create something new and lasting have not gone unnoticed. Despite only having a handful of shows with their new identity, Island Apollo is gearing up to be one of the most sought after bands in the area. The newly monikered indie rock outfit has already established that sweet, danceable type of indie rock that is capable of suiting any mood with perfection. Be it gearing up for a night out, contemplating the loss of something or someone special, or starting a new chapter of your life, Island Apollo will be right there with you.

The band draws on a wide range of influences, citing acts from Arcade Fire, Billy Joel, Foster the People, Michael Jackson, The Killers, The Beach Boys, Weezer, Queen, and so much more. "I think if you want to find success as a band, you can blend in with a genre that is on the rise and have a nice record deal, followers, and radio play for a few years. But if you want to have a career, and real fans, you need to create something that is new. The bands I respect the most, and seem to have survived, are those that have created a sound that was different than the bulk of the music being produced at that time" says lead vocalist and guitarist Ryan Kilpatrick.

They began writing the songs for the new EP at a very crucial time in their lives. They had all graduated college and were fully invested in the real world. They were finally coming to terms with what being an adult meant to each of them. "We believe that every song should flow naturally and that every detail should serve an artistic purpose. We added tempo changes where it made sense and explored varying chord progressions," says guitarist Heath Farmer. Accordingly, the songs lyrically take hold of themes such as coming of age, finding love (not only for a girl, but for life), establishing trust, and fighting through difficult times.