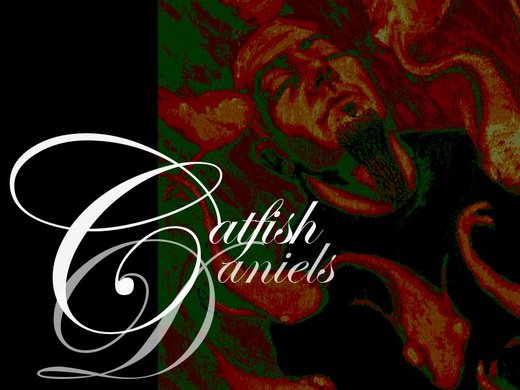 Catfish Daniels was born and raised in the central San Joaquin valley of California. Small towns and country fields surrounded his home in Chowchilla. Catfish started playing the guitar at a very young age and in his earliest of memories, he can remember his grandfather sitting him on his knee at the age of two, and teaching him how to strum. As years past, he found himself performing small school functions for his teachers and classmates. Although still a novice at his craft, his family and teachers recognized the musical gift he had already started to develop. Once in high school, Catfish found himself working with band mates much older than him. Bowling alleys, county fairs, and small bars showed him there was money to be made in his music, and from that moment on he would spend the next decade honing his skills in the surrounding cities. When his songwriting abilities surfaced, Catfish had the support of family and friends. Touring the USA was an experience that would give him the character that is so present in his music today. Working and opening for such acts as Pat Travers Band, Cheap Trick, Mickey Thomas, Fog Hat, and recording sessions with Tower of Power, have given Catfish the credibility and experience every artist needs. The independent 2002 CD release "Let's Roll" included two hit songs "American Made" and "Lines in the Sand" which provided Catfish with a modest amount of regional success and his first publishing deal. He has written for a number of up and coming artists and is currently working on projects of his own that span a wide range of musical genres. In July of 2009 Catfish moved to Austin TX to perform in the live music capitol of the world. During that time, Catfish performed for thousands of people from around the world at the SXSW Music Festival. The 2010 CD release “"Demolition"” gave way to new opportunities and exposed Catfish to an ever growing market outside the confines of the tourist driven community in downtown Austin. The release of his latest CD "“Texassunroof”" in 2011, is a remarkable story of perseverance. Against all odds, Catfish has managed to record his strongest effort to date. Today, Catfish can be heard in venues throughout central Texas and across the country. "Enjoy The Music"..