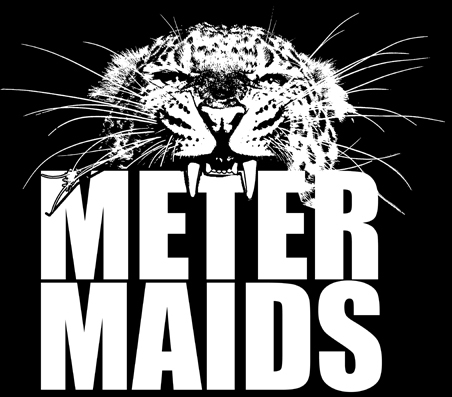 The past two years have seen the duo, comprised of MC's Swell and Sentence, appearing in the pages of print publications like Playboy Magazine and The Village Voice, as well as influential websites like Spin.Com and Wired.Com -- leading to thousands of new fans and their music being downloaded over 70,000 times.

They have been both MTV.Com and Clear Channel Online "Artists to Watch," and the video for their song "Turn the Lights Out" was a Myspace Featured Video and also was added to rotation on Fuse TV.

The EP also features 9th Wonder on the mic, contributing only his second and third recorded verses to a project, as well as legendary DJ Rob Swift of the X-Men on the cuts.
First up, though, is the "Hello" Mixtape -- nine brand new Metermaids songs, delivered over remixes of the year's most popular indie-rock hits, blended together expertly by DJ Rob Swift. 27 Sound's Matt Stine, responsible for the huge success of Metermaids' 2008 mash-up album "Nightlife in Illinoise," remixed tracks by Grizzly Bear, Spoon, and Deadweather, among others, with DJ Rob Swift adding the stylistic cherry on top.

These two new Metermaids projects both show the natural progression of a group not content to make hip-hop influenced by rock and roll, or vice versa, but rather to attempt to find the space where the two styles combine and make something truly original.

This ambition, combined with the electric live show which has been their trademark, leads one to believe that Metermaids won't be under the radar for too long.
« View This Artist's Complete Profile
Connect with OurStage: Facebook Twitter YouTube FourSquare Newsletter RSS feed
ADVERTISEMENT
?Need help?
Copyright © Amazing Media Group  2006-2022
p
A
n
E
F
Song Title by Artist Name
987654d
LM
iAnEAqqqq