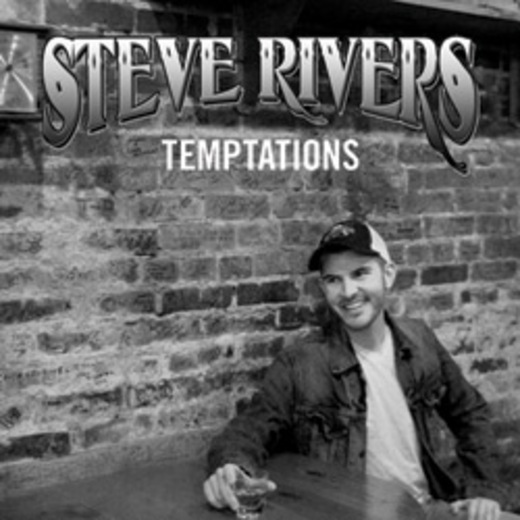 Steve Rivers is a young recording artist & songwriter who is turning heads in the country music scene! Steve’s new album ‘Temptations’ is establishing him as one of the most exciting new artists in country music today. If there is one thing that country music needs more of right now is the attitude that is driving Steve Rivers and the approach behind every song on his album. He wants listeners to feel every song and to leave every concert wanting more!

Steve Rivers performs regularly between Nashville and Canada and his live show is one of high energy and excitement. As a performer he gives his audience 110% and as Steve says “My band and I try to make every part of our show fun and audience engaging! I want my audience to feel like they’re apart of the show as much as we are.”

His influences – country, rock, Americana, and blues – give Steve’s music a fresh and exciting sound that country music fans are gravitating to! His newest sophomore album ‘Temptations’ is the results of those influences. Recorded in Nashville and co-produced by Jimmy Dulin (I Pray For You – Jaron and the Long Road to Love), the album features 10 songs about the temptations of love, alcohol, and pushing the limits of being young & wild.

Steve, like many other Canadian artists before him, made the move to Nashville TN where he writes with some of country music’s biggest hit-makers, performs, and records. As a songwriter himself Steve Rivers has co-written & worked with many of Nashville's top songwriters including Frank Myers (I Swear, Tomorrow, My Front Porch Looking In), Danny Wells (Check Yes Or No, These Days), Stan Webb (We're From the Country, One of These Days But Not Tonight, Drawn To the Fire), Tim Taylor (Ten Million Tear Drops, My Way, One Smokey Rose), and upcoming artists Heidi Raye, Aaron J Goodvin, Alyssa Bagley, Jesse Slack, Dakota Jay, and Drew Gregory. Steve’s recent cuts include “You Can Make It On Your Own” by US country artist Amanda Nagurney and “Girls Get In Free” by Canadian band Kerosene Creek.

Steve Rivers’ latest single "Uncomplicated" is currently being played on Canadian & US radio stations and his follow-up single “Mess It Up” will be released to radio this April 2012! Be sure to request Steve Rivers on your local country radio station, get a copy of his new record ‘Temptations’, and look for Steve to be performing in a town near you!