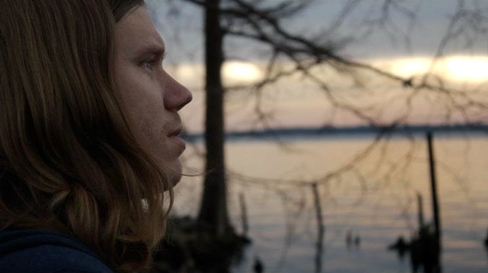 New Bern, North Carolina native Jeremy Squires is a singer-songwriter best known for his haunting melodies and evocative lyrics. Squires, a self-taught musician, first picked up the guitar at age eleven, and as he grew a life-long obsession with music was cultivated while playing in bands throughout the 90’s.

After parting ways with his band mates in 2001, Squires took a hiatus from music to focus on his family. The years to follow proved a challenge for Squires as he fought his personal demons. A true musician, Squires was able to turn his fragmented thoughts and self-discovery into poems, which would eventually become - A Place to Hide (January 2012) and In the Dark (May 2012). His most recent EP, Central Nervous Station was self-released in January 2013.

Writing songs to help cope, each release candidly plays out like Jeremy’s personal journals documenting his struggle out of the gloom of depression. To help with the healing process, Jeremy also played and recorded all of the instruments – guitars, harmonica, piano, keyboards, resonator and lap steel. Released so close together, A Place To Hide, In the Dark, and Central Nervous Station can be considered as a trilogy of sorts chronically this dark time of his life.

Since the release of his first album, A Place To Hide, in January 2012, Jeremy Squires has become synonomous with thought-provoking lyrics and melancholic music. His candid approach to songwriting welcomes his listeners to step inside his dark and stunning world providing comfort and solace to other weary souls. Jeremy’s rare ability to emotionally open up and sing about his struggles with his demons and fears has allowed him to open up creatively giving him more confidence to experiment more on his new album, When Will You Go....

Originally written and recorded in early 2013, Jeremy produced When Will You Go... in his North Carolina home. Released in November 2013, he intended to use the album to explore themes of death and fear of losing loved ones, but it eventually became much more taking on a whole new and personal meaning. Playing banjo, guitar, piano, and resonator guitar, Jeremy enlisted indie songstress Anna-Lynne Williams (Lotte Kestner, Trespassers William) to sing background vocals as well as multi-instrumentalist Shane Leonard (Kalispell, Field Report) to play fiddle, bass, organ, and percussion. The result, a brilliantly sparse album with darker, more melodic songs like “I Am Still Here”, “Echoes”, and “Like a Thief in the Night”. Mid-tempo tracks like “Oblivious” and “The Nest”, although complicated and dismal they provide a lasting impression. Continuing the themes of When Will You Go... is “J.L.P” which is about the loss of both Jeremy’s father and grandfather.

When Will You Go... says a lot about Jeremy Squires as a person and an artist. He may not write the happiest of songs, but what he does write is absolutely gorgeous and unearthly. And, just to be clear, even though Jeremy’s songs are a little on the gloomy side, that doesn’t exactly make him a dismal person. It just shows that he has creatively fought his way through sickness and struggles making him a better human, musician, and artist who continues to use his personal battle to grow and produce honest and spectacular albums. He demonstrates that beauty and creativity can and does rise from the ashes of fear and death.

“When songs can bring back memories, you know they’re keepers.” -- Captain’s Dead

“There’s something in his music that really finds the core of my heart. The songs might not always be filled with happy thoughts, but somehow I find his music comfortable and beautiful.” -- One Chord To Another
« View This Artist's Complete Profile
Connect with OurStage: Facebook Twitter YouTube FourSquare Newsletter RSS feed
ADVERTISEMENT
?Need help?
Copyright © Amazing Media Group  2006-2022
p
A
n
E
F
Song Title by Artist Name
987654d
LM
iAnEAqqqq