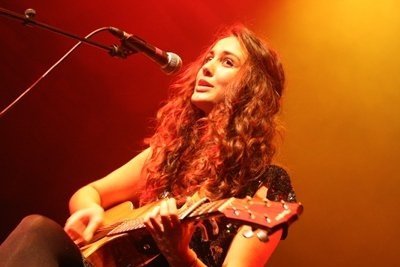 Caomhe is a  talented teenage singer/songwriter from the East of England. Her genre is  contemporary country/pop and her main influences are Laura Marling, Norah Jones, Taylor Swift and Miranda Lambert.

Caomhe is a committed young artist and her work portrays a rare maturity and humility for her age. Her lyrics are expressive and highly emotive, her sounds have been compared to Alanis Morissette and Bryan Adams, which flatters and inspires.

Caomhe has performed her own material at various music festivals throughout England including: Guilfest and Harvest at Jimmy’s. She has also played gigs at many venues including The Regal Rooms in Hammersmith (where James Morrison, KT Tunstall & Paolo Nuttini  performed before being discovered). Caomhe has been enjoyed frequent plays & numerous live sessions on the BBC Introducing programs.

Caomhe has just finished recording her debut EP and is going to Nashville, Tennessee to do some songwriting, recordings and performances.