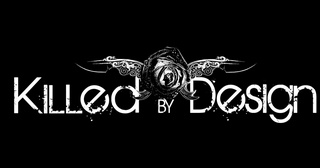 The LA-based rock trio Killed By Design are vocalist Kyle Spicer, bassist Billy Jones and drummer David Spreng. Jones and Spreng met while living in Boston – both coming up in the Boston music scene, while Spicer, a Los Angeles native, was doing the same here at home. Sharing the same musical vision, the three became friends while working on a project in 2006.

The group's passion for creating driving beats and big vocals surrounded by lush guitars provides their unique and cinematic sound. After months of collaborating in their 2nd North Hollywood rehearsal space, (after the 1st one burned to the ground) they have independently released two EP's titled, respectively, "Occulta Veritas", and "Novum Organum". Both are available on iTunes, Amazon.com, and most online music outlets.

The ‘Occulta Veritas EP’ was produced by David Spreng (Bob Dylan, The Bravery) and mixed by Ken Andrews (NIN, Beck, Failure). Featuring the hit single “Get Out Alive”,