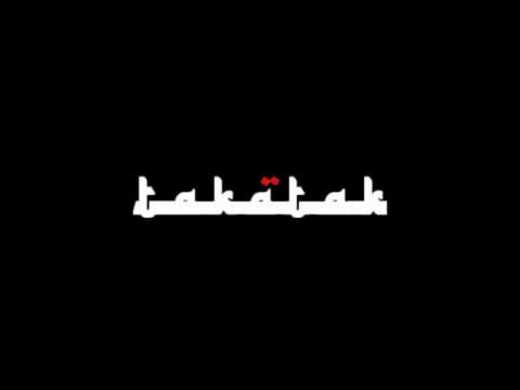 So you thought Pakistan was full of big-bearded men humping their twenty something veiled wives while US drones hover above and Usama Bin Laden jacks off to all the destruction, right? Well, if you thought that you need to have your brain examined. You need to have one of them suicide bombers shoved into your ear so that your brain explodes the same way the crowd does every time Lamb of God plays 'Black Label' and so that the only thing left are little chunks of meat burnt to a crisp, similar to your average Slayer album cover. But that little explosion in your brain, the explosion that will suspend all bodily functions and cause an internal death as quickly as an external fry-age, will not be without style and a certain amount of flair. The blastwaves inside will carve you up nice and quick like a twin guitar melody Ala Iron Maiden, clearing paths with a combination of brutality and subtlety under a layer of dark nihilism that would make the boys at Opeth proud. And all of this will be spiced up by funky bass-lines that will rattle your bones, bluesy rhythms that will unlock those well hidden nightmares in your head, and tripped out jazzy smoothness to give a little sophisticated flair to the otherwise barbaric act. What the hell am I talking about? Takatak, people. Taka fucking Tak

Takatak – the name sums them up quite nicely, doesn't it? Formed through the LACAS music society, all the members of the band had a similar taste in music and guess what happens when people with similar taste in music get together? Some heads roll. With a basic interest in all things metal, the group branch themselves out with their love of free-form jazz, blues and progressive to create an intricate yet brutal assault on the sonic senses. And despite their young ages, the band members are no strangers to the art of raising hell on stage with the guitar duo – Misbah and Zain – having a good track record behind them with one of the more well known underground metal bands to come out in recent times Borstal Escape. Yusuf Ramay jamming with the likes of long-haired veterans Dementia and his long tenure with ACMS.Before that the technically proficient drummer went to Malaysia to expand his skills.The band's line up is completed by Daud Ramay, younger brother of Yusuf who shares drum duties. Like his brother, he has also been a part of the Aitchison College Music Society. And last but not least, on vocals is the one and only Shahzore Bhatty - also of Death Metallers Ruin. Bhatty may be much older than the rest of the guys in the band but since when was age ever a factor? Bhatty's live performances are the stuff of legends and every time this beast of a growler opens his mouth to belt out another earth shaking scream, you can bet that any metalheads within a thousand mile radius will answer the call to mos
Takatak may be young, but they have talent and more importantly conviction and ambition, as shown by their recent live demo featuring live instruments – a first for a Pakistani metal band since the early days of Dusk and the other pioneers

Edit: Two new members have been added to the ban
1) Isa Najam on Bas
2) Ibrahim Imdad on Lead Guitar - former member of the band Ruin