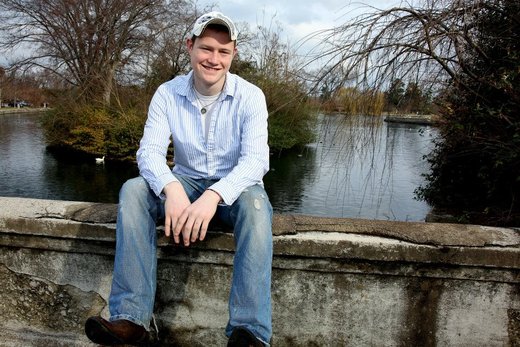 Josh Proctor is an exciting and talented young singer/songwriter. With his distinctive style and influential voice he has developed quite a fan base. Here you can check out his videos, and learn a little more about him. Josh’s love for singing started at an early age, where he performed in plays such as Aladdin and Cinderella. His musical background can be traced to when he was 6 and living in California with his family.  Among the first songs he learned were “Yesterday” by The Beatles, “Amazing Grace,” “Joy to the World,” and standards such as “Twinkle, Twinkle Little Star.” But playing a musical instrument wasn’t Josh’s only early interest. He often sang and remembers his mother encouraging his singing, even seeming to know he would be a singer before he did. Josh’s mother died when he was 7. The family was in West Virginia at the time. Much of the music he writes still is related to his mother. She was his biggest fan. Moving to Kentucky, Josh continued pursuing his interest in music, tinkering with the banjo, bass and mandolin. Josh latched onto the latter instrument. He started playing one that was his grandfather’s to the point he was given his own, and that, in turn, gave him the springboard for learning to play guitar. Over the years, Josh’s biggest musical influences were Josh Turner, Alan Jackson, Randy Travis and Brad Paisley. Though he and his father did not have the best relationship growing up, his father supported and encouraged his musical ambitions, creating the musician’s website, which Josh started receiving bookings for performances. One special booking was at Shepherdsville Country Music Show, a weekly country music jamboree. When he arrived to ask about an audition, he was told to join the show that night. That night he appeared on a stage in front of an audience of about 300. To put it mildly, he was nervous once he stepped on stage, shaking and sweating profusely. When it came time to sing, it got worse. All of a sudden, he went blank and could barely hold the microphone. Josh overcame those nerves and turned in a laudable performance. The Shepherdsville venue also became the site for his most memorable performance. Shepherdsville is where he had his first standing ovation and encore. The music he performs includes original works, namely “My Potters Hope,” “He Only Takes the Best” and “Everything is OK.” It was “My Potters Hope,” a song for which he wrote the music using a poem offered by the mother of his best friend, which earned him the nomination for 2012 TCGMA Songwriter of the Year. Josh credits his faith with bringing him to where he is now and says he uses music to become closer to God.