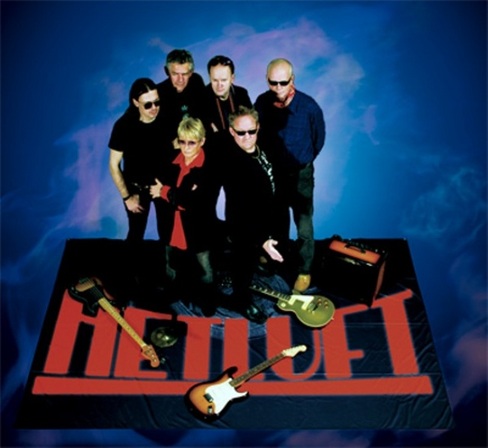 Hetluft (Nebulous) - " a big cloud of hot gas and dust (Hetluft). In the big chambers of gas new music is born when the sound waves crack into themselves because of the gravitation

The band was founded in 2002 and consist of 6 members Hetluft plays its own music with telling , sometimes subtle lyrics in Swedish.. and a touch of the 70s

Last year 2 album´s were put out on the market. One is namned "Herr Ärlig" and one "In the Hot Air". Both can be purchased on Spotify,ITunes, CDOn, Amazon, EMusic and more.

The songs on these CD are a mixure of rock,pop and reggae.

Hope you will enjoy it.....  from HETLUFT