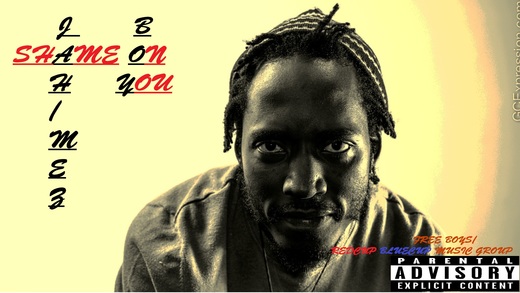 ASHU JIMMY TABOTSI was born on December 2, 1991. Known as  Jah-Mez Boy, he performs on a vast platform of genres and cannot be limited to a certain group.

Jimmy was born in Yaounde (Tchinga) the capital of Cameroon, West Africa. He is the last of 2 children and was raised single handedly by Francisca Ashu Manyi his mother. He was born in a Christian home and grew up with in an intense musical atmosphere always coordinated by his mother, who was once a member of the CRTV choir and other choirs.

Jimmy attended the Government Bilingual Primary School of Biyem-Assi, Yaounde. Jimmy later attended Presbyterian Comprehensive Secondary School Buea, Mother Theresa College Douala and English High School Yaounde. He studied Mechanical Engineering at National Polytechnic Bambui but was called earlier to the United States of America by his Mother and Sister to live there. During his childhood Jimmy always had singing as his main tool and source of joy, taking the fact that he never knew his father who died when he was a child. He had to learn on his own to be a man. He did his 1st professional recording in Bamenda at Ceejay Records. Jah-Mez then worked with his cousin Boobi Kulbice who owns a recording studio at Mvan were he made beats and produced a few artists. In 2011 He formed a group with Le Grand Aventi who became his mentor and Leo a guitarist. The group is called MAN-GO JAM and is still functional. He has worked with several artists from Cameroon like Penko Baba, Salted Pilla, Keyo, Daddy Black, Kasie, Blueprint Hakeem, EM’KHAL , Sentury Yob and several other. He intiated the FREEBOYS COMMUNITY AND MOVEMENT in 2009 even though Freeboys had been in the lips of every youth a few years before as a slang.

Jah-Mez recorded a few songs before leaving to the US, like Get Down, Holy Ground and several others. In the US Jah-Mez got allied with REDCUPBLUECUP records Headed by Raphael Totema AKA Prince Su. Since then his musical career has taken serious turns and there are several projects on their way to realization.