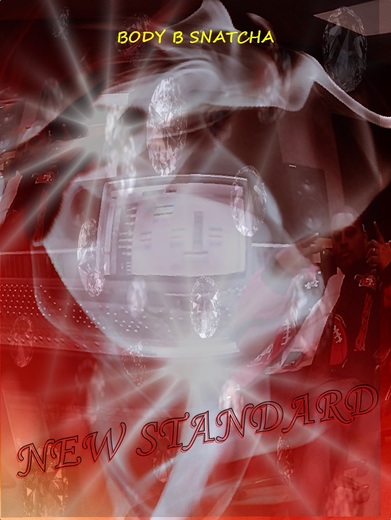 About BODY B. SNATCHA

“I don’t make hits, I make classics!” Born on November 16, 1984; in the northeastern part of Louisiana, in the small town of Bastrop, introducing: Tavarus Hunter. He was raised on the south side of town in a neighborhood well known for drugs, violence and the local “Ditch Boy Posse”. Mothered by Joann Hunter, who was a young girl’s basketball star for her school and fathered by Erin Robinson, who he never had the opportunity to develop a father/son relationship with. As an outlet to his everyday experiences, Body B Snatcha started writing poems in fourth grade, while continuing to be an “A” student. Always being called a nerd proved true when he was named valedictorian of his elementary class. “I’ve always loved music; but never wanted to pursue a music career, I always wanted to play either baseball or football.” By middle school, Body started noticing how his peers were leaping into the streets, drug trade and jail. Determined to avoid the life of his fellow classmen; Body moved to Texas with his aunt Lonnetta and uncle Don for his 14th birthday, it was a wish come true. In Dallas; he learned that there are drugs and violence everywhere and soon, he ended up in the distribution business, despite being paid by his cousin Blakk as encouragement not to participate. Back to the music… Who or what inspired you to rap? “After months of hearing my cousin Stank freestyle and listening to the Hot Boys, Big Tymers, Camillionaire, 50/50 twins and other southern rappers, I wanted to try rapping. Knowing that Stank could rap, I asked him to help me write a verse. He told me it was like writing a poem, but with a beat and rhythm. With that in mind; I started playing with phrases in my head, which I began spittin’ while somebody beat on a table or on the mailboxes by the stoop of “Toscana on Skillman” in North Dallas.” Later, Body B Snatcha started writing lyrics and formed a group called “Co-Occupied-Playaz” which included Stank, Fred, Vernon and himself. The first song he wrote, “Dick you down”; was recorded in 1999 on a karaoke system with Fred drumming the beat on a table, Vernon singing the hook and him rapping. “It was then; I knew music was for me.” The following semester, Body met Marcus Dixon at LHFC where they played football together. They quickly discovered that they mutually cherished music; Dixon introduced Body to a good friend of his named Smurf, who also shared their passion. Together they recorded songs in Dixon’s home-grown studio. “This is when people started recognizing me as an artist and I went from Big Mook to Big Body. After dropping a mix tape called “0 million sold, 100 million throwed” in 2001, I had all of Lake Highlands High school and many North Dallas hustlers on my fan wagon.” This burst of fame; gave Body, Dixon, and Smurf the rite to officially call themselves rappers! After taking in a lot of people’s comments; one comment stuck with them, “Man y’all go FED”. Before long, the trio labeled themselves as F.E.D Hustlers. By the time they made it to senior year; they were promoting and running parties in the club district of Downtown Dallas. The club life presented a new scene for Body; the environment inspired him to dance and put on a show as he performed. Shortly after the group graduated high school; F.E.D Hustlers transitioned into F.E.D Entertainment, in 2003, as a result of them hosting club parties and getting feedback that they entertained, not just rapped. Body continued to rise doing shows from Dallas to Abilene. In 2007, Body B Snatcha hooked up with Lil Wil and co-wrote the original version of “My Dougie”. “I have blessed the people with tracks like “I don’t pop, I chew”” which has won http://www.hiphopcss.com/’s battle box contest. Do Da Kady Kay, a song he dropped for his fans at the request of a dance song, was Body’s first video, directed by Kirk Johnson. Body’s opened on Dirt and Verse’s blog talk radio show and he’s been interviewed by Ciera Mouncil of LMCAO TV. In 2009, Body founded BBS Wrekords with his business partner and wife, Holly. At that time; he also created a website, http://www.bodybsnatcha.com/ . “My music is a reflection of my family and life struggles as well as the things that I’ve witnessed, experienced or heard about growing up between Bastrop and Dallas. As a solo artist and CEO of my own company, I plan on making a career path for up coming artist.” Body B Snatcha’s raw, real and his swag game is authentic ! When he puts his pen to paper he comes with the freshest lyrics. He’s wrecking the rap industry, definitely setting a new standard!